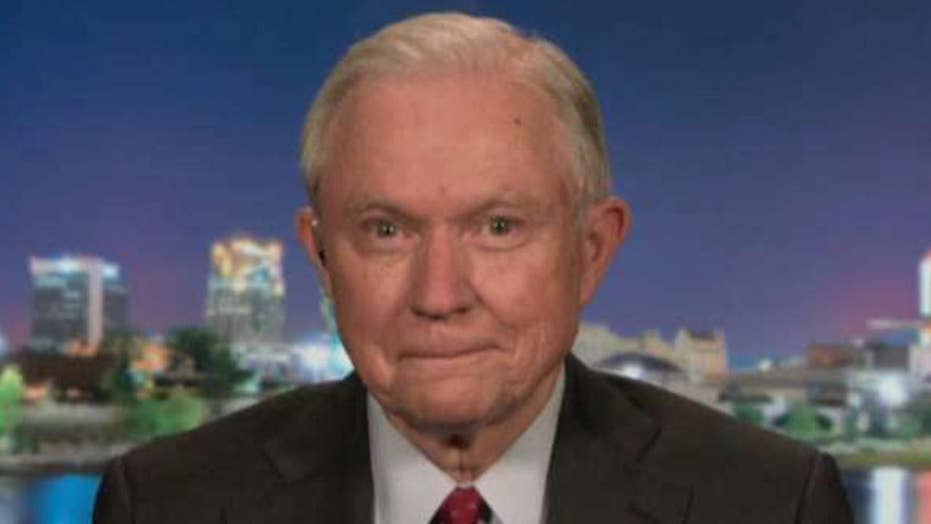 Former Attorney General Jeff Sessions said moderate Republican senators should "toughen up" and not waver in deciding whether or not to defend President Trump in the Senate impeachment trial.

Sessions, who served many years in the U.S. Senate representing Alabama and is now seeking to regain his old seat currently held by Sen. Doug Jones, told Laura Ingraham on Wednesday that moderates should realize the Democrats have no real impeachment case and are instead abusing their own congressional powers.

"It's time for them to toughen up," he said, after Ingraham mentioned Sens. Mitt Romney of Utah, Susan Collins of Maine and Lisa Murkowski of Alaska.

"There is not an impeachment case. This is a terrible, terrible abuse of the awesome impeachment power, and the first time this has ever happened in our history, and it should not be done, and so the Republicans need to think clearly. They need to call it what it is, an abuse of the process." 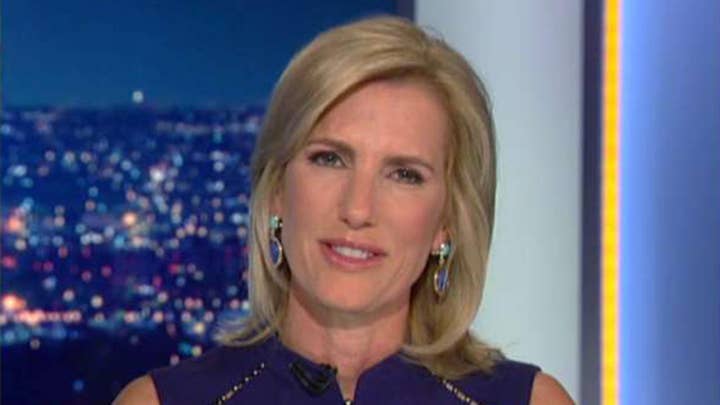 Sessions added that, should the Senate decide to permit calling witnesses, Hunter Biden should be near the top of Republicans' list.

"Absolutely," he said of the 49-year-old son of former Vice President Joe Biden.

"If we go to witnesses, he is absolutely relevant to the president's concern that something may have been covered up when the prosecutor in Ukraine that was investigating this company (Burisma Holdings) was removed," Sessions said, speaking with "The Ingraham Angle" from Birmingham.

He added that Democrats should also be allowed to call witnesses if the Republican Senate majority decides to call their own.

Turning to the race to regain his Senate seat this November -- in which he faces a primary against a handful of Republicans including the Gulf Coast's Rep. Bradley Byrne and former Auburn University football coach Tommy Tuberville -- Sessions said it does not matter which way Jones votes on impeachment.

Ingraham asked Sessions whether Senate Minority Leader Charles Schumer, D-N.Y., might allow Jones to vote with the GOP if the writing is on the wall that the vote will fail -- noting the fact Alabama is heavily Republican.

He said Jones already has a record of supporting Trump's impeachment in the first place that could somewhat negate a 'nay' vote.

"I think he has made clear what side he is on," he added.