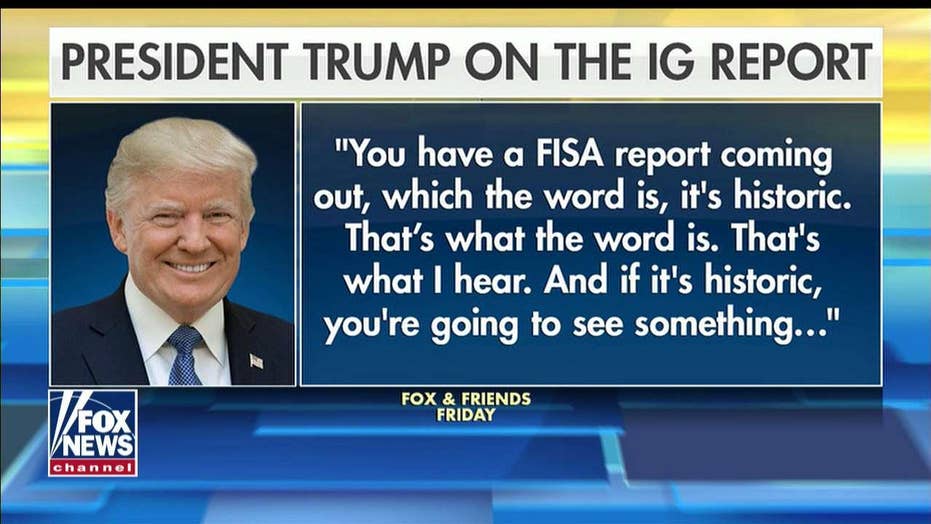 Appearing on "Fox & Friends: Weekend" with hosts Pete Hegseth, Ed Henry, and Rachel Campos-Duffy, Chaffetz said that it is no coincidence that after the president's exclusive interview on "Fox & Friends" Friday, "less than eight hours later New York Times and Washington Post almost simultaneously within the hour come out with a story trying to diminish what the president was saying."

"That is as serious as it gets," he told the "Friends: Weekend" hosts.

For more than a year-and-a-half, Horowitz has been investigating alleged misconduct related to the FISA warrants delivered by the Foreign Intelligence Surveillance Court (FISC). The Justice Department and FBI obtained warrants in 2016 to surveil Trump adviser Carter Page. It is unclear, at this point, if Page was the only Trump official that the DOJ obtained a FISA warrant against.

"This is not some low-level person. You have to have the highest level of security at the DOJ in order to be involved in this," said Chaffetz. "This article tried to diminish him as some low-level person who, you know, probably went rogue. But, that's the person that they used and doctoring the documentation to spy on a presidential campaign -- that's pretty serious."

Echoing the president, Chaffetz said the IG report is "just the precursor" to U.S. Attorney John Durham's report -- which has reportedly now shifted into a criminal probe.