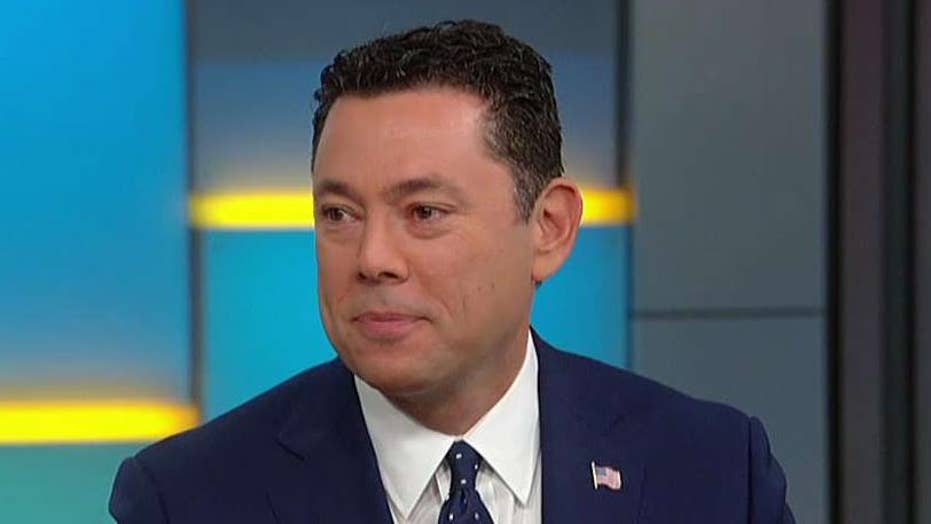 Fox News contributor and former Rep. Jason Chaffetz said that “Democrats” want to change the rules of the electoral process because “their ideas are not winning,” firing back at MSNBC Host Chris Hayes’ who said that the electoral college would be unconstitutional “if it wasn’t specifically for the presidency.”

“The electoral college is in the constitution, so, yes, it is constitutional and has been for a couple of hundred years and it’s not going away,” Chaffetz told “Fox & Friends” on Monday.

Chaffetz said that small states such as Kansas, Utah, Delaware, and Rhode Island get representation in the presidential election to prevent from being shut out from a “popular vote,” contributed from “big states.”

“That was the deal that our Founders came together to say, hey, this is how we find the proper balance. This is how we make sure big states don’t overrun us and it’s part of our rich heritage.”

“But It’s also part of a pattern,” Chaffetz asserted.

“They want to change the way we do things in 2020 and the future because their ideas are not winning, but they’ve got to change the rules of the road,” he said.

MICHAEL MOORE PUSHES MICHELLE OBAMA TO RUN FOR PRESIDENT: SHE WOULD 'CRUSH' TRUMP

Chaffetz said that [President] Donald Trump won 60% of the states in the 2016 presidential election. “He dominated. He kicked her butt, quite frankly.”

Chaffetz went on to promote his book “The Power Grab,” which, he explained, is premised on what Democrats are “doing behind the scenes” to change the rules.

He cites “ballot harvesting” as something Democrats want to make "legal all around the country." He said, “They [Democrats] can go in, you don’t have to actually go to the poll, they can gather those ballots for you and they can turn them in for you.”

“They did it [Ballot harvesting] in California. It’s the reason we’re having another special election next week in North Carolina," Chaffetz said.