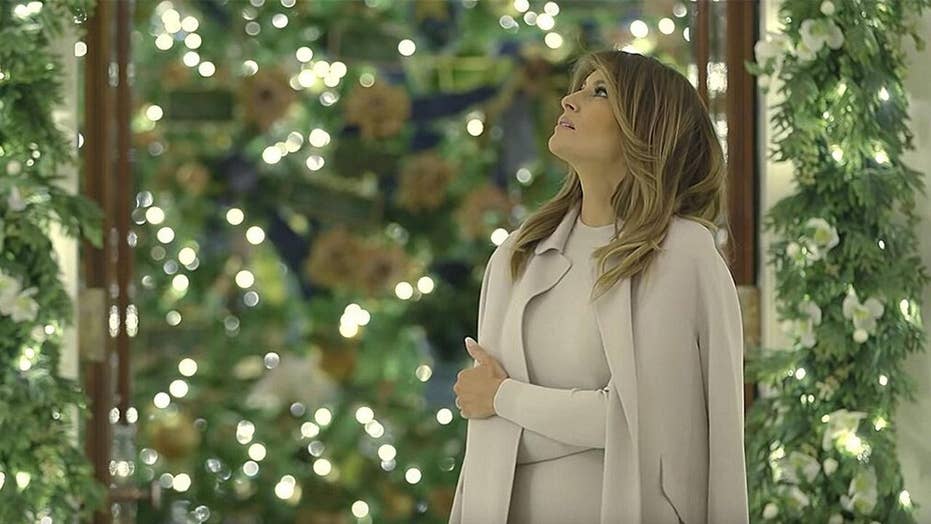 The Washington Post raised eyebrows Thursday for a column asking whether first lady Melania Trump is "sending coded messages" while serving as the presidential spouse or if "we are just talking to ourselves."

Post columnist Monica Hesse opened her piece by addressing the upcoming unauthorized biography "Free, Melania" and acknowledged how much of the book relied largely upon other people's accounts as well as speculation, which Hesse described as "analysis" about things ranging from the first lady's body language to fashion choices.

According to Hesse, author Kate Bennett argued that the first lady made "intentional" fashion statements, one of which involved the memorable jacket she wore on a trip to the southern border where migrant children were being detained that read, “I really don’t care, do u?" The biography author insisted it was actually a message to Ivanka Trump, who supposedly took credit for urging her father to end the separations of migrant families.

"Is there symbolism in everything Melania Trump does, or not?" Hesse asked. "Is Melania Trump playing five-dimensional chess against the rest of her checkers-playing family, or not? Will we ever know? Does it even matter? Does your pointed commentary about the administration’s immigration policy matter, if, to understand you’ve commented at all, the American public must intimately know the shopping habits of your grown stepdaughter?"

"A job requirement of models is the ability to disappear: to sublimate one’s own identity into the clothing so that the shopper can picture herself wearing it instead," the Post columnist explained. "Melania Trump’s greatest achievement has been her self-sublimation, her ability would like Melania Trump to mean something. Conservatives see a classy helpmeet, bringing old-world elegance to the White House. Liberals, zeroing in on her initial New York home base and her thirsty eyes toward Justin Trudeau, proposed for a while that she might loathe her husband as much as they did."

She continued, "I would like Melania Trump to mean something. I would like for her to mean something in the way that we would all like any of this chaotic era to mean anything, because the alternative is that we’re just living in chaos, in a country led by chaotic people... What if there was no meaning. What if we stopped inventing meaning... Free, Melania. Free us all."

The column sparked questions of concern from many readers on social media.

The Daily Wire's Jessica Fletcher similarly tweeted, "Is everyone there doing ok?"