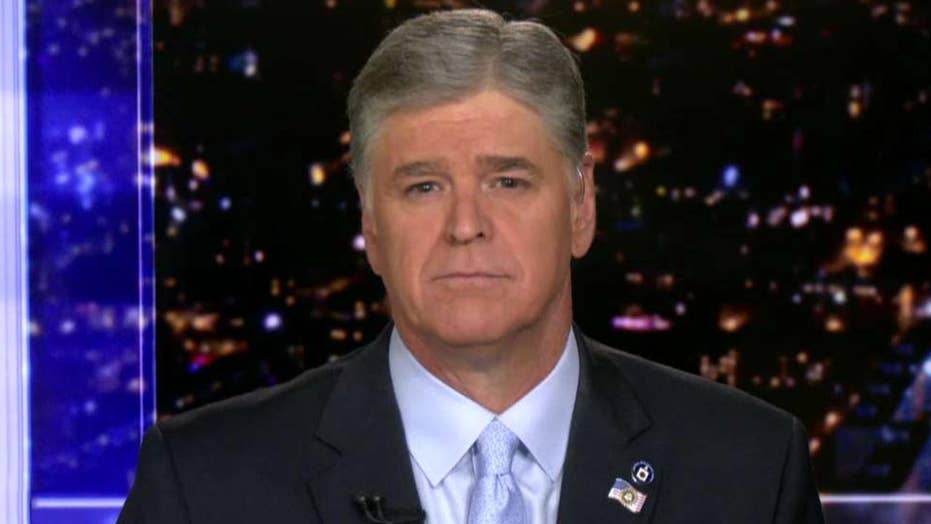 The former vice president and 2020 presidential candidate snaps at voter's question, challenges him to push-up contest.

"How is he even the candidate?" Hannity asked during his opening monologue. "Voters be warned, [if] you asked him about his very real Ukraine scandal he might challenge you to a duel or maybe a push-up contest and call you fat.  Insult your intelligence. Fly off the handle, lose it. But he definitely won't answer your question. And if the corrupt media mob ever gets their way, he'll never have to answer for his very real abuse of power."

Biden blasted the man as a “damn liar” at an Iowa town hall Thursday -- and indeed challenged him to a push-up contest -- after he accused the 77-year-old Democrat frontrunner of being "too old" and took a swipe at Hunter Biden's role on the board of Burisma Holdings.

“You’re a damn liar, man. That’s not true and no one has ever said that,” Biden shouted at the man after he claimed Biden had “sent” his son to Ukraine to take the Burisma role, which is not accurate.

Many observers believe Biden also mocked the man’s weight by calling him "fat." Biden's campaign claims he said "facts," not "fat." And, later in the day, when asked if he used the word “fat,” Biden responded, “No, I didn’t.”

"This is not a good look for Uncle Joe or the Democratic Party," Hannity said. "He's starting to crack."

Hannity also said that "voters are now understanding the incontrovertible truth" regarding Hunter and his activity in Ukraine before blasting both Biden and the media.

"This is -- you got to take this in -- breathtaking hypocrisy and corruption [by] the mob media that is state-run Democratic TV."