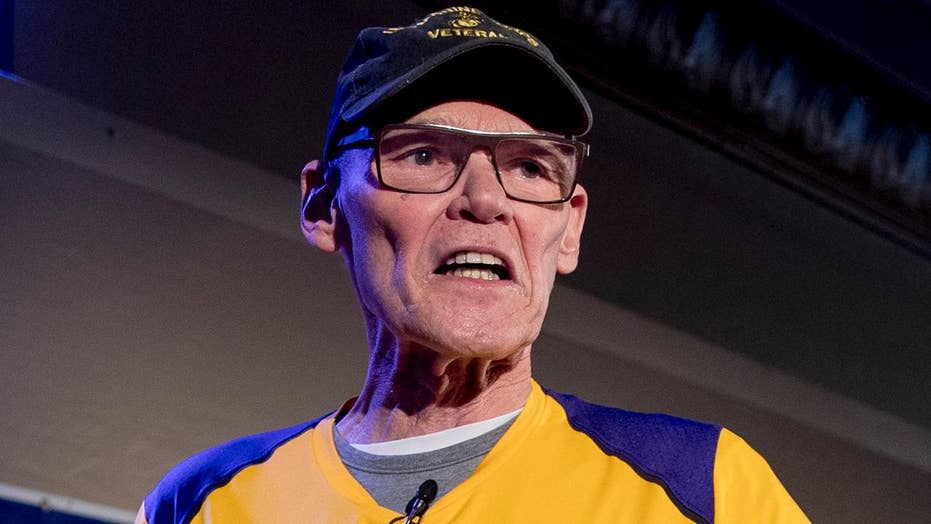 After the Buzz: Strategist 'scared' that Dems will be trounced.

Democratic strategist James Carville has said that he agrees with Sen. Bernie Sanders' assessment of him as a "political hack," adding that he'd rather be a hack than a "communist" like the senator from Vermont.

Carville's comments were the latest salvo in a feud that began over the weekend when he attacked Sanders' policies and said he was "scared to death" of his success in Iowa's Democratic caucuses. Sanders, I-Vt., responded by telling CNN: "Look, James, in all due respect, is a political hack who said very terrible things when he was working for Clinton against Barack Obama."

Vanity Fair contributor Peter Hamby tweeted Thursday that he had spoken on the phone with Carville, who told him: "Last night on CNN, Bernie called me a  political hack. That's exactly who the f--k I am! I am a political hack!

"I am not an ideologue," Carville reportedly added. "I am not a purist. He thinks it's a pejorative. I kinda like it! At least I'm not a communist!"

In an interview with Vox published last week, Carville unleashed a scathing critique of his party.

"We just had an election in 2018. We did great. We talked about everything we needed to talk about and we won. And now it’s like we’re losing our damn minds. Someone’s got to step their game up here."

Carville added that he considered himself a "liberal" rather than a centrist -- but Democrats had gone too far to the left even for him.

"They’ve tacked off the damn radar screen," he said, before taking another shot at Sanders for saying that he wanted to expand voting rights for people like convicted Boston Marathon bomber Dzhokhar Tsarnaev. Sanders, Carville suggested, would be ineffective as president and wasn't representative of the Democratic Party.

"[H]ere’s what I do know: Sanders might get 280 electoral votes and win the presidency and maybe we keep the House," Carville said. "But there’s no chance in hell we’ll ever win the Senate with Sanders at the top of the party defining it for the public ... So long as [Mitch] McConnell runs the Senate, it’s game over. There’s no chance we’ll change the courts and nothing will happen, and he’ll just be sitting up there screaming in the microphone about the revolution."