However, Keane told Martha MacCallum Wednesday on "The Story" that "I can certainly understand why" the White House would consider asking Secretary of State Mike Pompeo to also serve as National Security Adviser.

A source familiar with the conversations told Fox News earlier Wednesday it was unlikely that Pompeo would be asked to take on both roles.

The reference hearkens back to the 1970s when then-President Richard M. Nixon employed Henry Kissinger in both positions beginning in 1973. 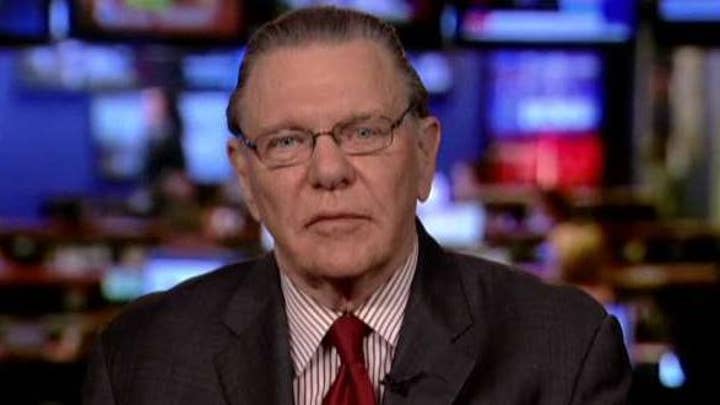 Nixon later advised incoming President Gerald Ford to keep the now-96-year-old diplomat on his staff. Kissinger then held both posts early in Ford's administration before being replaced as National Security Adviser by Brent Scowcroft in 1975.

On "The Story," Keane said there has been a "fair amount of disruption" in the national security apparatus during the Trump administration.

"Not so much the policies, but the development of those policies and the personalities involved in doing that," he said. "The president is clearly no longer a journeyman in foreign policy and national security. He's in the job. He knows where he wants America to go."

"Here, I think we had policy disagreements as well as personality conflicts," he said. "I think both the president and John Bolton came to the same conclusion -- he probably needs to get somebody else."