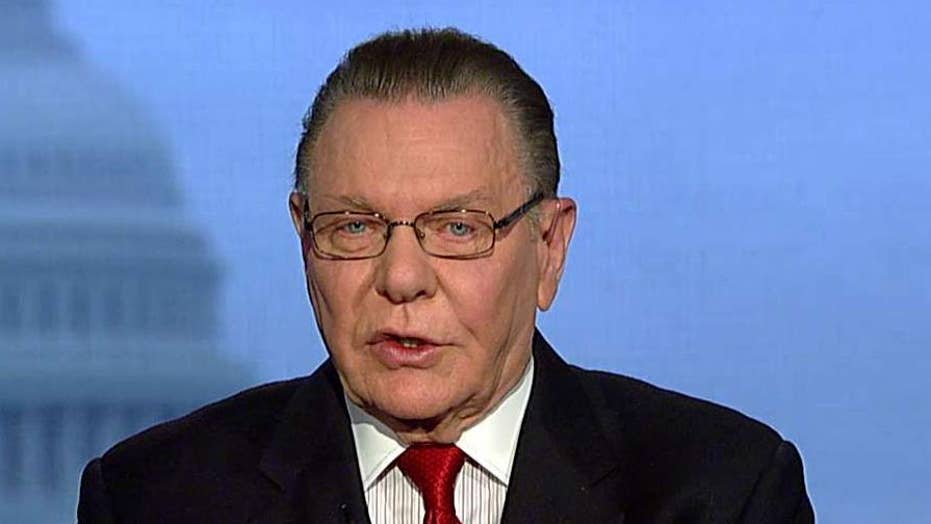 Gen. Keane: Multiple targets, multiple locations were under threat by Iran according to my sources

Fox News senior strategic analyst Gen. Jack Keane reacts to the discrepancy on Capitol Hill over the intelligence that led to the Soleimani airstrike.

“I think this is going to grow in size just like it had the last year and it spiked in November,” the four-star general Keane told “America’s Newsroom.”

“And we said right here on Fox 'that’s going to be short-lived.' Little did we know it would be just a matter of days and actually the scab is pulled off the wound here and now we’re seeing the true feeling — six cities, in addition to Tehran, where these demonstrations were taking place,” Keane said. 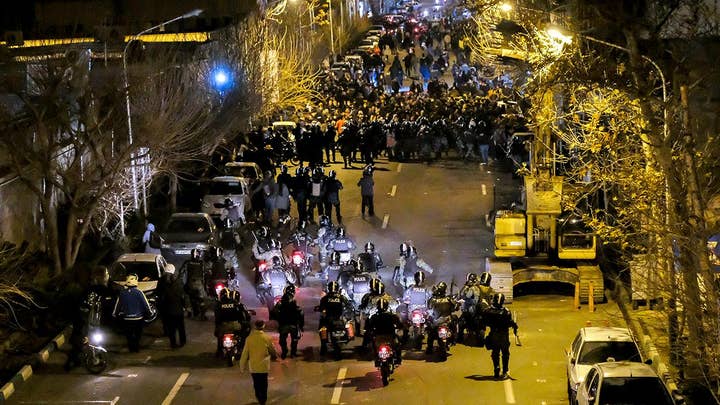 Students called for the resignation of Supreme Leader Ayatollah Ali Khamenei, with one protester holding up a banner that read, “F--k you & your mistake," at Amir Kabir University, the New York Post reported.

Crowds of students chanted for the Revolutionary Guards to “let go of the country!” and also mentioned deceased Gen. Qassem Soleimani, saying that he “was a murderer" and "his leader is, too!” Trump ordered the drone strike on Solemani and declared the world a safer place following his death.

Keane said that the protests are targeted toward Iranian “leaders," not the United States, and that young people are angry that the regime has "conducted foreign wars" at the expense of the people.