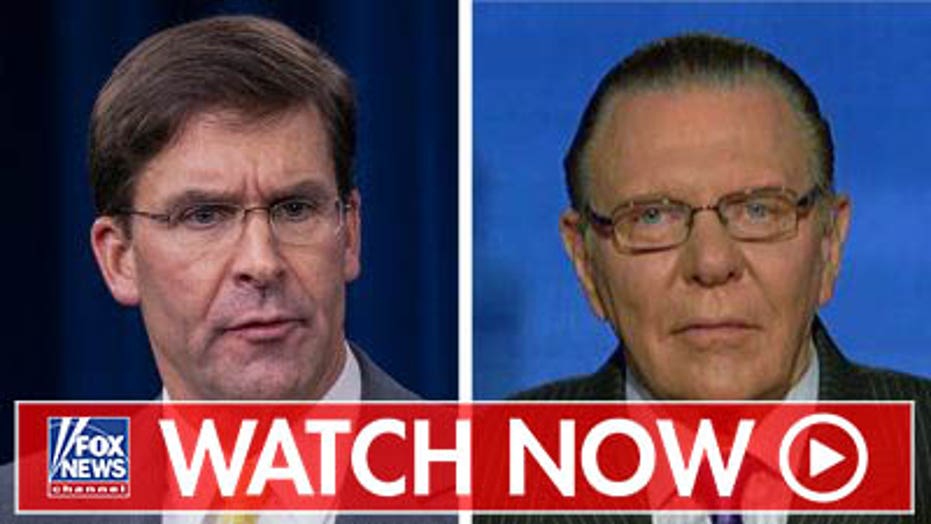 Esper was correct Wednesday when he expressed concern over both the Chinese government and the regime of Kim Jong Un in North Korea, Keane said on "The Daily Briefing."

"I'm delighted that we're having press conferences again," he said.

"The Pentagon, just like the Department of State, has to answer to the American people. China is clearly our No. 1 threat out there. It's growing every single day." 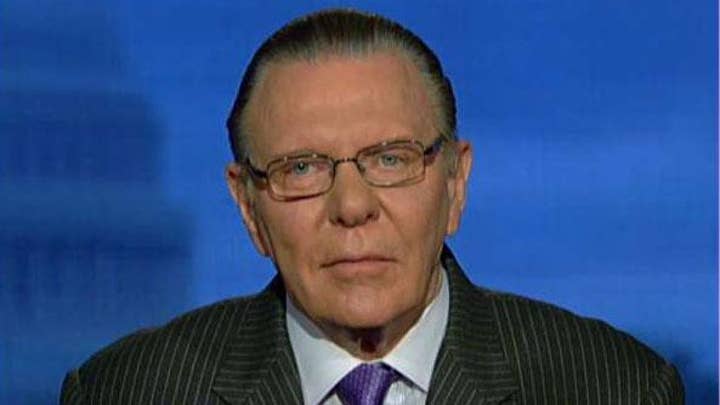 In his remarks, Esper said that China is "engaging in a deliberate strategy to undermine the stability of the region," and that Beijing's values and actions are at odds with those of most other nations.

The Pentagon chief, who took office in late July, was formerly the secretary of the Army and also served during the Gulf War.

Echoing the secretary's comments, Keane said Beijing has an increased military presence in the Indo-Pacific region and has appeared to overtake the United States militarily in the key maritime theater.

"Strategically they want to dominate the western Pacific and Asia," he said, calling China an "economic predator" that wants to replace the U.S. as the chief world power.

In an interview with Fox News earlier this month, Esper elaborated on the Pentagon's China focus.

"China is the No. 1 priority for this department. It’s outlined in the National Defense Strategy, why we think it’s a long-term strategic competitor and one that is pursuing a maximization campaign, if you will, throughout the Indo-Pacific Theater, whether it’s politically, economically, or militarily," he told correspondent Jennifer Griffin.

"They are clearly professionalizing and expanding the capacity and capabilities of the military in order to push the United States out of that theater."