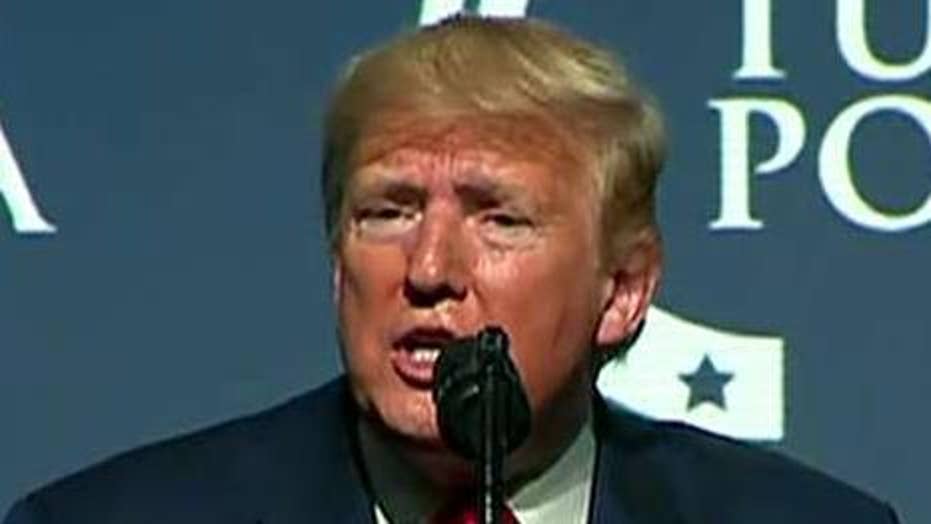 Former NFL player Jack Brewer once campaigned for Barack Obama but now rejects the Democratic Party after "awakening" to the way it abandoned African Americans, he said Saturday.

"For me, once I saw the policies that President Obama pushed in the back half of his presidency just -- it left a bad taste in my mouth," he said during an appearance on "Fox & Friends."

Brewer predicted that a "black awakening" would lead to President Trump garnering more than 20 percent of the black vote in 2020.

"And then I really started being awakening [sic] to what was happening with the Democratic Party -- making so many promises but then abandoning the community that I worked so hard in."

Brewer now leads the The Brewer Group, which encourages "a deep commitment to community service into ... daily corporate culture."  In the NFL, the standout defensive back played for the Vikings, Giants, Eagles and Cardinals.

JACK BREWER: TRUMP'S SUPPORT FOR AFRICAN-AMERICANS IS GROWING -- HERE'S WHY DEMS WILL BE SURPRISED

Brewer also expressed frustration with the 1994 crime bill, a point of contention others have raised surrounding former Vice President Joe Biden's relationship with the black community.

"I said enough was enough," he added, "and I really started putting aside what my parents and my grandparents taught me about sticking to the Democratic Party because they were the party for African Americans."

"You know all that rhetoric sounded good back in the '60s, but the facts are that the policies just don't help our families," Brewer said.

Brewer's comments came as Trump battled House Democrats over impeachment and touted his economic record, which includes record-low unemployment for African Americans. Trump has accused Democrats and members of the "deep state" -- including the FBI -- of unfairly targeting him in the Russia investigation and other matters.

African Americans, Brewer indicated, should sympathize with Trump given their history with the FBI.

"You got the FBI blatantly going after the president in targeting him, changing emails, and going after him in the same corrupt way that they went against Martin Luther King and many black leaders," Brewer said.