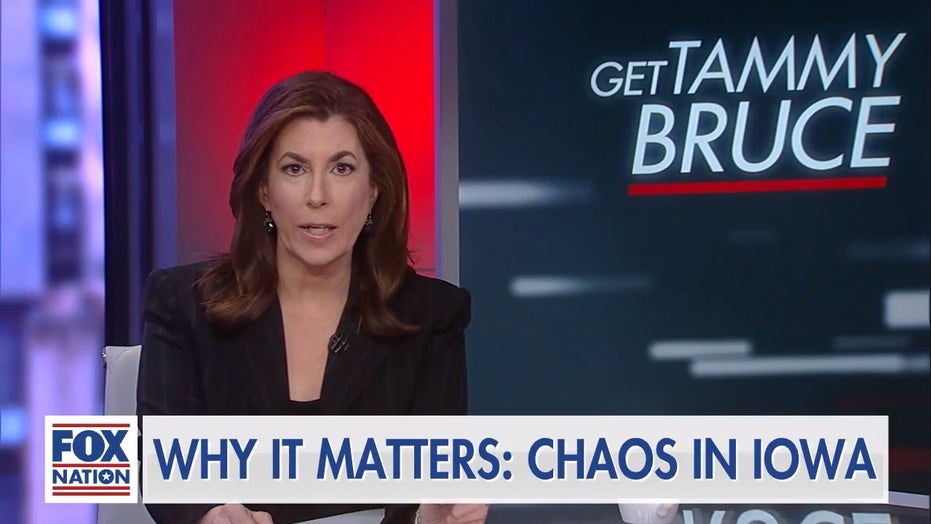 What the Iowa caucuses fail and ObamaCare debacle have in common: Tammy Bruce

Fox Nation host Tammy Bruce argued that there is a direct parallel between the botched Iowa caucuses and another historic, technology-driven failure: the ObamaCare website.

The Iowa Democratic Party blamed their failure to release the results of the caucuses on a “coding issue” related to its reporting app and it pledged to release the caucus results starting late Tuesday afternoon.

"When was the last time we saw something like this, which was such a disaster?" said Bruce on her Fox Nation show "Get Tammy Bruce" on Tuesday.

"ObamaCare, almost identical... the ObamaCare website...  it never really worked. It was never finished," Bruce said, recalling how the Obama administration spent roughly $840 million to build HealthCare.gov, according to a report released by the Government Accountability Office.

"They had the power of the federal government behind them, all the tech companies, the greatest minds in the world to help with ObamaCare and the ObamaCare website -- couldn't make it work," she continued.

"The disastrous implementation of the president’s healthcare law has already led to canceled plans, lost access to doctors and higher premiums. Now add to that hundreds of millions of taxpayer dollars wasted on an exchange that is still not ready for prime time," said Energy and Commerce Committee Chairman Fred Upton, R-Mich., on the release of the GAO report.

"So when we talk about the chaos in Iowa, the immediate thing you think about is this group of people wanting more government, more control over your lives. And they couldn't manage a caucus," said Bruce. "This is a party where its major candidates are promoting things like 'Medicare-for-all,' which is the complete and utter takeover of your lives.

"This has been the ultimate exposure of the incompetence and failure, not just of these individuals involved right now in this generation or this leadership or these candidates but, in fact, of lefties, leftism itself, socialism and the idea of this collective effort," she contended.

"If you are arguing with the people and trying to convince the people of the United States that you should be in charge of the biggest government ever of everybody's freedom, of the free world itself, and that you're going to want to take over their health care and have government be the answer to everything, and you can't make a caucus work. How in God's name are you going to make the government work?" Bruce concluded.