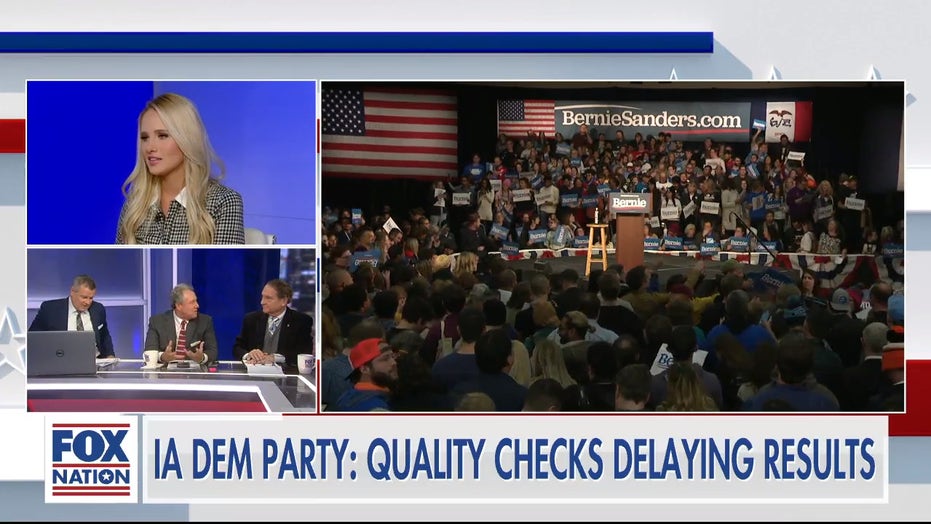 A top former adviser to President Barack Obama said that the election meltdown that marred the Iowa Democratic caucuses and delayed the release of results was a "complete failure" that squandered an opportunity to advance the party's interests.

"I would like to be able to say something positive -- there's not much to say," said former Obama adviser and Fox News contributor Robert Wolf on Fox Nation's "Democracy 2020: Iowa Caucus Night Live" on Monday.

"You know it was a complete failure because someone is supposed to be standing up and saying 'I won' and having momentum," he continued. "Just the opposite happened... those who may not have done as well [are] going up and they are getting equal airtime."

After it became clear that the Iowa Democratic Party would not be releasing the results of their caucuses on Monday night, a number of the Democratic candidates took the stages at their campaign headquarters to deliver remarks resembling victory speeches.

Former South Bend, Indiana Mayor Pete Buttigieg declared, "Tonight, an improbable hope became an undeniable reality...  we don't know all the results, but we know by the time it's all said and done, Iowa, you have shocked the nation."

"The Democratic Party is ripped," said Wolf, noting that the Iowa caucuses were an opportunity for the Democratic Party to winnow the field and capitalize on the enthusiasm of their voters.  "They are ripped right now, this is one year in the making to have a launch of the new primary season and they whiffed."

President Trump's campaign pollster Jim McLaughlin added that the president was not wasting any time taking advantage of the Democrats' stumbles.

"You have Donald Trump talking about how 'We counted our votes already.  I had a record turnout for an incumbent president -- oh, by the way, I get 97 percent of the vote' and now you got the Democrats and you don't even know who the heck is out there," said McLaughlin.

According to Wolf, one of the most significant consequences of the Democrats' inability to immediately declare a winner in Iowa is that they miss an opportunity to winnow the field of candidates.

SCOTT RASMUSSEN: WHAT IOWA CAUCUSES MAY REVEAL ABOUT TRUMP'S 2020 HOPES

President Obama won the 2008 Iowa Democratic caucuses by capturing nearly 40 percent of the vote, and Hillary Clinton squeaked out a victory over Bernie Sanders in 2016 with 49 percent.  However, the latest RealClearPolitics average of polling in Iowa showed the leaders with a fraction of that support.

Wolf said that he believes that all of this increases the likelihood that the eventual Democratic nominee will not be decided until the party's national convention in Milwaukee in July.

"If we're going to have frontrunner at 20-something percent -- we'll be at the convention," he concluded.

To watch all of "Democracy 2020: Iowa Caucus Night Live" go to Fox Nation and sign up today.