Twitter owner Elon Musk’s Friday night revelations on the company's suppression of the Hunter Biden laptop story has prompted another reckoning for outlets who dismissed the story at the time.

Media watchdogs don’t think liberal journalists have learned their lesson about the episode, though.

Musk outsourced his findings about what led the tech giant to suppress the Hunter Biden story in the final weeks of the 2020 presidential election to journalist Matt Taibbi, who published a lengthy thread about what had transpired behind the scenes at Twitter. Taibbi put a spotlight on the behind-the-scenes events that resulted in Twitter kiboshing the New York Post story that first revealed scandalous contents of Hunter Biden's laptop. The "Twitter Files," revealed that then-candidate Joe Biden’s team allegedly asked Twitter to remove unflattering links about his son, which here promptly "handled" by the social media platform.

Some mainstream journalists have continued to defend the initial handling of the story in 2020.

A Washington Post insider pointed to Rudy Giuliani, the president's attorney at the time, as a pusher of the story for a reason to initially handle with extreme care.

"CIA types were saying it looked like Russian disinformation—which after 2016 sounded like a plausible concern. So, egg on our faces? No," they told Fox News Digital. "Solid reasons to be very, very wary and skeptical. Were we wrong? Possibly-- but we couldn't know that at the time."

The Washington Post eventually authenticated thousands of emails from the laptop last March, roughly 16 months after Twitter censored the New York Post’s report – but it first published multiple opinion pieces urging readers to dismiss the controversy altogether. Its fact-checker, in a piece that was later updated, referred to the laptop as "alleged." The paper's editorial board wrote in April though that the story's developments, following its own authentication of the laptop, represented a "reckoning" for the media. 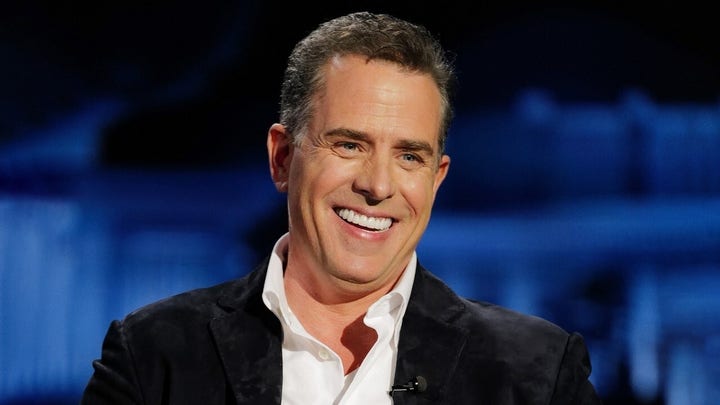 Much like the Washington Post, network news outlets largely dismissed or downplayed the story at the outset. Over an 18-month period, ABC, CBS, and NBC spent only 25 minutes discussing the story, and when they were, they often called it Russian "misinformation."

A network news insider also noted the timing of the initial story as a reason to be cautious but acknowledged politics may have come into play, guessing that similar revelations from a laptop belonging to Donald Trump Jr. would prompt a far different response.

"I tend to think that right before an election, especially, you need to be really cautious with late breaking revelations, October surprise type stuff," they told Fox News Digital. "Obviously, I think it was a mistake for Twitter to suppress the New York Post story… And their reason obviously turned out to be entirely wrong."

"I think that news organizations and reporters were obviously in hindsight too quick to believe that the laptop was a product of Russian misinformation, disinformation," they added. "That was kind of an assumption that was taken by a hell of a lot of reporters and news organizations... If it had been Don Jr's laptop, it's not too much of a stretch to think it would have been handled differently."

Another network insider dismissed the Hunter Biden saga as "bizarre" and a sideshow fetish of conservatives, saying it paled in comparison to other media scandals like the mass acceptance of the error-ridden Christopher Steele dossier, or what they described as overplaying by right-leaning media of the Russia probe revelations of the John Durham investigation.

"I don't know what network should be feeling bad, not covering this story we don't really understand and sounded suspicious even when it came out," they said, blaming Twitter for putting its thumb on the scale.

While the original New York Post story was censored by Twitter, journalists rushed to social media to dismiss or condemn Musk and Taibbi’s Friday night revelations.

Many criticized Taibbi for even reporting on the story, and the Washington Post framed the news as Musk igniting divisions and failing to bend "the will" of Democrats.

The New York Times ignored the story for over 24 hours until a single article headlined, "Elon Musk, Matt Taibbi, and a Very Modern Media Maelstrom," was published Sunday night. The article didn’t lead with the news, but instead put a spotlight on the atypical fashion the news was delivered.

MSNBC devoted only three minutes of coverage and CNN covered it for 10 minutes over the weekend. CNN’s online coverage was criticized by journalist Glenn Greenwald, who said it "reads like the rantings of any #Resistance maniac."

A breakdown of media coverage of the Twitter files showing how the social media giant handled the Hunter Biden laptop story in 2020. (Fox News)

The major Sunday shows on ABC, NBC, CBS, and CNN devoted a total of seven seconds to the story, prompting Musk himself to sound off on the overwhelming silence.

"I think those people should be looking in the mirror and wondering why they were deceptive. Why did they deceive the American public?," Musk asked. "And instead of trying to redirect blame to Matt Taibbi, they should be accepting some responsibility themselves for not being truthful to the American public."

"This muted response is yet another indication that the mainstream media are not genuinely interested in the flow of actual news, but instead are interested in the political shaping of the public sphere," McCall told Fox News Digital.

McCall feels the aftermath of Musk’s bombshell revelations would be an "appropriate time for big media to do some soul-searching" and publicly acknowledge the "clumsy way" it handled the laptop story from the beginning.

"To do such, however, would require some honest self-assessment, which big media just can't bring itself to do," McCall said, adding that many media outlets would rather "accept cratering public trust" than admit fault.

"Mainstream outlets surely don't even now believe they actually bungled the laptop story, because stifling that story ultimately served their political agenda. Activist media surely have no regrets in this matter, and they aren't going to acknowledge that this journalism of omission did a disservice to the citizenry," McCall said. "This sorry incident again shows that the noble mission of journalism has been bastardized by the establishment media." 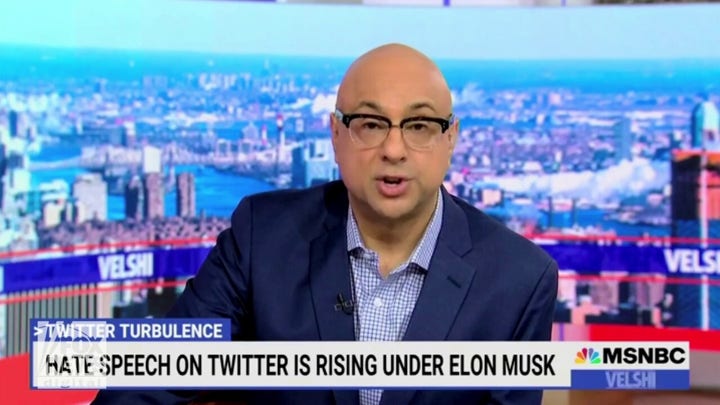 Fourth Watch editor Steve Krakauer, author of the upcoming book "Uncovered" that will aim to highlight problems with modern media, feels Musk is "overselling it a bit," but the reaction from "anti-speech activists in the press" was absurd. He called out journalists who claimed Taibbi was doing public relations for Musk, scolded "CNN’s media hack" Oliver Darcy for saying an article dismissing the Twitter Files were "spot on" and blasted left-wing NBC News reporter Ben Collins, who spent much of Friday night fuming on Twitter over Taibbi's thread, as "perhaps the most introspection-free" of all the pundits.

"The Acela Media in New York and D.C. is more detached than ever to the people of this country. And Twitter is a little bubble that puts that detachment on full display. We get to see the active disinterest in correcting the record when it comes to major missteps like the Hunter Biden laptop story. And we get to see the coziness with power among the press and other elite consensus narrative crafters," Krakauer wrote.

"In another era, this would be the kind of story that would excite the entire journalism world," Krakauer continued. "Now they're part of the elite censorship collusion racket themselves, along with government forces, the intel agencies, and tech companies."

Cornell Law School professor and media critic William A. Jacobson believes the mainstream media did learn a lesson from the "unjustified shutdown of the Biden family influence peddling scheme" exposed through the laptop.

"Unfortunately, in all likelihood the wrong lesson was learned, which is that concerted action by mainstream platforms and media outlets to help a Democrat candidate can work," Jacobson told Fox News Digital. "I doubt there are any regrets or that future such action will be deterred."

Fox News’ Amy Nelson and Joseph A. Wulfsohn contributed to this report.