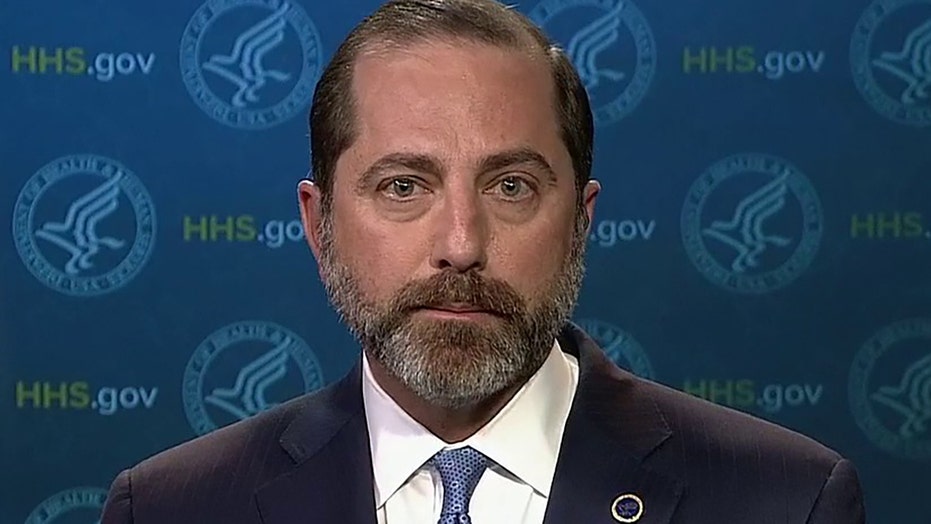 Health and Human Services Secretary Alex Azar, who has been appointed by President Trump to lead a coronavirus task force, appeared on “America’s Newsroom” on Thursday to discuss the steps the White House is taking to prevent the further spread of the virus in the United States.

“We’re being completely transparent about our actions here, which is that, while this is a potentially serious public health threat, it does not at this time pose a risk the American public,” Azar said on Thursday, shortly before the Centers for Disease Control and Prevention confirmed the first person-to-person transmission of coronavirus reported in the U.S.

“We have to be balanced in our approach, we will take all public health measures necessary to protect the American public, so we brief the president as we do ourselves on the current epidemiological information on the spread of the virus, these steps happening internationally, and our preventive preparedness steps that we're taking in the United States.”

The deadly new type of coronavirus has killed more than 170 people in China, sickened thousands more there and led to a handful of confirmed cases in the U.S.

“We’re working very closely with China,” Trump said before signing a trade deal at the White House on Wednesday.

He later tweeted out photos from a briefing on the virus he attended with administration officials in the Situation Room, writing that “we have the best experts anywhere in the world and they are on top of it 24/7!”

On Wednesday night, the White House announced that the meeting included members of a task force that will lead the U.S. response to the new virus. The 12-person team is coordinated through the National Security Council.

Speaking on “America’s Newsroom” on Thursday, Azar also responded to an op-ed published in The New York Times the day before titled “Is the World Ready for the Coronavirus?”

Host Ed Henry asked Azar how he would answer the question proposed by the Times’ editorial, especially given the uncertainty surrounding the new virus.

“We actually have been very transparent about what we do not know yet about this virus, which is we don't know full information about its contagiousness, about its severity profile, which is why I am delighted at the invitation of the Chinese government,” Azar said in response. 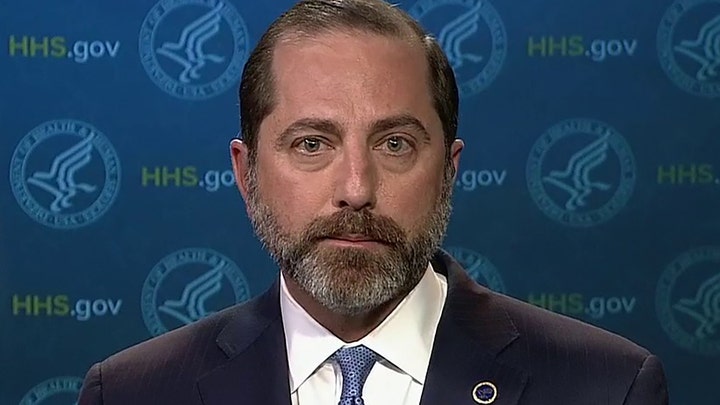 “We will accept the invitation to participate as part of the World Health Organization's team of experts that will deploy to China to assist Chinese experts on the ground to actually get ground truth to study this virus, get all the information to both prevent the spread further in China of it, but also global spread of this virus.”

The New York Times op-ed said, “In only three years, the Trump administration has eliminated the office of pandemic response, created after the Ebola epidemic of 2014; drastically scaled back the [Centers for Disease Control and Prevention] C.D.C.’s overseas outbreak prevention efforts, from 49 countries to just 10; and discontinued a surveillance program meant to detect new viral threats, like the coronavirus, before they make the leap into humans.”

When Henry asked how he would respond to the claims that the U.S. response to the outbreak may be hampered by the moves of the Trump administration to eliminate the office of pandemic response and scale back the CDC’s overseas outbreak prevention efforts, Azar said, “It’s just pathological, that they [The New York Times] have to attack the president even when he’s showing this type of determined leadership to protect the American public.”

“Last year actually, if they would read their own paper, they would see that we changed our biohazard preparedness and response doctrine to actually have me, as secretary of health and human services, lead those efforts and that's why this task force has me leading that, coordinating the olive government approach for any type of biohazard,” he continued.

Azar also specifically responded to claims that the Trump administration’s efforts to curb the new coronavirus may be hampered by the scale back of CDC’s overseas outbreak prevention efforts saying that “we have a huge global health security agenda and what we've actually done is focus our efforts in the highest risk areas, including China.”