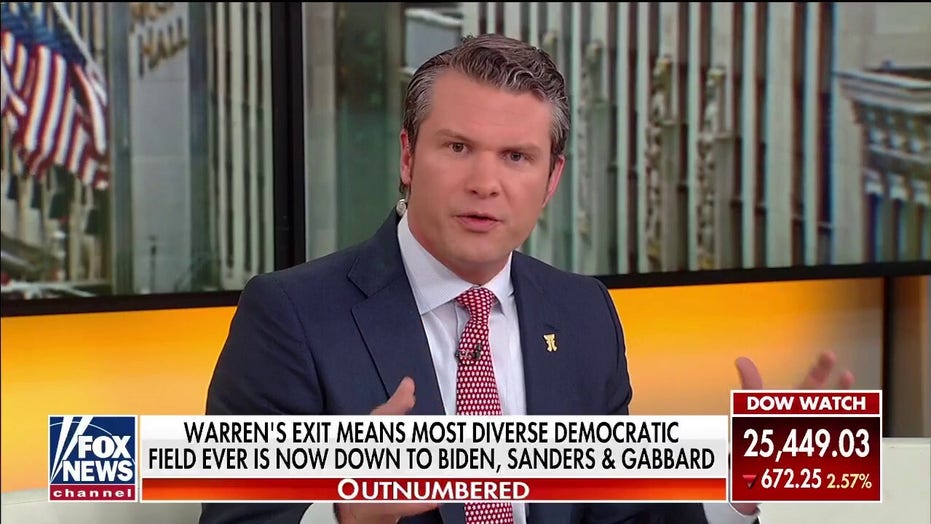 Pete Hegseth: Americans will vote for female president when the right candidate comes along

While Sen. Elizabeth Warren’s failure in the White House race sparks debate on whether sexism played a role, Fox News’ "Outnumbered" panelist Pete Hegseth said on Friday that Americans are prepared to vote for a female candidate with viable policy ideas and leadership style.

“If there is one thing Americans are prepared to do is vote for a female president,” Hegseth said.

Hegseth went on to say, “I have no doubt about it. You find the right person with the right set of ideas and leadership style, it’s over -- it becomes an advantage. Just like people were ready to vote for a black president -- just like that was a moment they were enthused to be apart of; they’re enthused to do it.”

WARREN DROPS OUT OF WHITE HOUSE RACE. DECLINES TO MAKE ENDORSEMENT AS OF NOW

Hegseth’s comments came after Democratic presidential candidate Sen. Elizabeth Warren promised Thursday that “I’ll have a lot more to say” about the role gender and sexism have played in the White House race.

The progressive senator from Massachusetts made her pledge as she announced outside her home that she was suspending her White House bid. Warren was the last major female candidate in the battle for the Democratic presidential nomination. Rep. Tulsi Gabbard of Hawaii remains in the race but has no practical chance of winning the nomination.

Asked by reporters about the role gender played, Warren said, “You know that is the trap question for everyone.”

Warren remarked, “If you say, ‘Yeah, there was sexism in this race,’ everyone says, ‘Whiner.’ And if you say, ‘No, there was no sexism,’ about a bazillion women think, 'What planet do you live on?’ I promise you this, I’ll have a lot more to say on that subject.”

Hegseth predicted that the first female president will be a Republican.