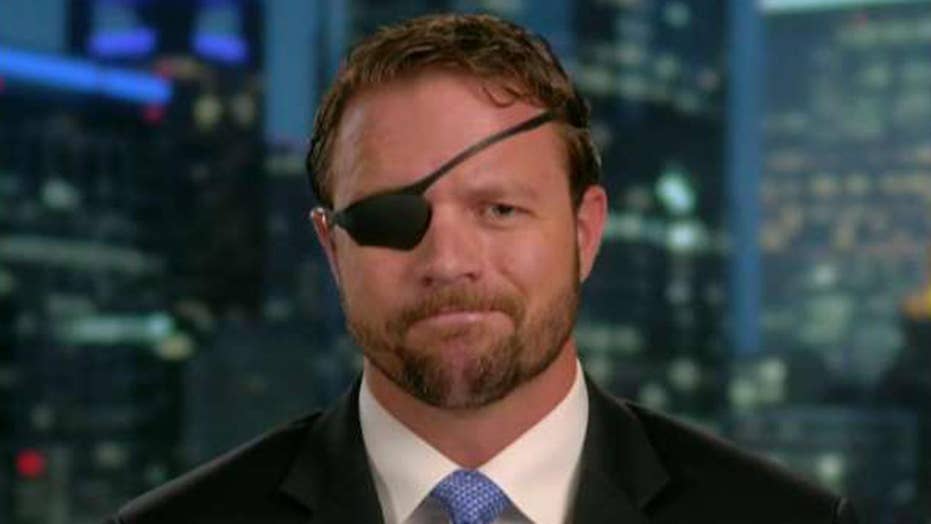 Progressive Young Turks network contributor Hasan Piker addressed his inflammatory remarks about Texas congressman and former Navy SEAL Dan Crenshaw and about 9/11 on Thursday, characterizing them as a poor attempt at "satire."

"Service does not guarantee respect. It should not," Piker told his uncle and Young Turks founder Cenk Uygur. "This is the exact same kind of sentiment that leads to the militant attitude that the United States has. If you have served and on top of that are using that service to continue sending loads of men and women overseas to die or to come back home and fail to reintegrate into society just exclusively for the profits of the military-industrial complex, then no, you don't deserve respect by virtue of service."

When pressed by Uygur, who condemned the Crenshaw comments, on whether he thought people would be offended by his "satire," Piker dismissed what he considered to be "the popular thing to say."

He said he would "rather be uncivil and advocate for the morally righteous cause than be incredibly polite and incredibly civil" and refuse to acknowledge "the ongoing genocide," he says is being caused by America.

Piker did acknowledge that Crenshaw "took it like a champ" after his controversial remarks went viral and later welcomed the congressman to appear on his show.

During a Twitch livestream on Tuesday night, Piker blasted Crenshaw for his continued opposition in the House to stop sending arms to Saudi Arabia. Piker questioned why Crenshaw would be opposed, considering he lost his eye while serving.

Piker also clarified that he "obviously" did not mean it when he said during the livestream that "America deserved 9/11," suggesting that the clip that went viral was taken out of context.

Uygur slammed the 9/11 comments as "wrong," but Piker pushed back, saying "maybe you can chalk it up to English being my second language" but conceded that he "should have used more precise and better use of the language there."

"It's messed up that I would even give the opportunity to the right to try to morally grandstand on an issue like this when they are 100 percent responsible for all the bloodshed that has been caused," Piker said.

He later added, "Obviously, 9/11 was a horrific tragedy. 3,000 Americans died, OK? Seven thousand troops have died since then in endless wars. And if you're spending all of your energy getting upset at me because I think that is abhorrent and awful, maybe you should spend your energy elsewhere and realize that those who justify the endless bloodshed don't actually have the best interest of those young men and women at heart."