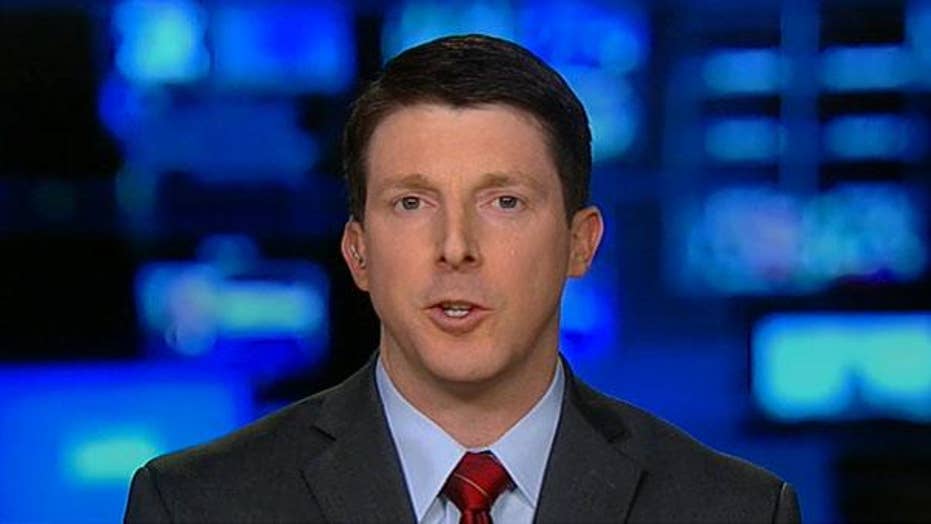 Guy Snodgrass, former communications director for former Defense Secretary James Mattis, comments on reporting that he is the author of "Anonymous," a book seen as a call to arms for the "resistance."

Former Pentagon aide Guy Snodgrass would neither confirm nor deny Monday that he is the anonymous administration official who wrote "A Warning" during an evasive appearance on Fox News amid speculation that he was indeed the writer of the controversial anti-Trump book.

“If I was gonna make an announcement like that, I’d do it right, I’d come into the studio with you,” Snodgrass, who was appearing via satellite, told Trace Gallagher Monday on “Fox News Reporting.”

Gallagher then asked if he was denying writing “A Warning” or simply declining to make the announcement at this time and Snodgrass – who sent a cryptic message “the swirl continues” earlier in the day – continued to sidestep the question.

Gallagher asked, “Why not just deny it outright?"

Snodgrass offered a vague response that it was “the latest in a long series of D.C. parlor games,” saying that similar things have been going on for decades.

“I, like many of your viewers, read the anonymous op-ed from last year… it’s interesting,” Snodgrass said.

The speculation began when David Kusnet, once President Bill Clinton’s chief speechwriter, penned a Monday piece for The New Republic titled, “Could This Be the Guy Who Wrote Anonymous’s ‘Warning?’” Kusnet argues that both “A Warning” and the author’s infamous 2018 New York Times op-ed “bear a striking resemblance” to Snodgrass’ own writings.

“I suspect, based on my own close reading of the text, that the author is an apolitical retired Navy commander who became chief speechwriter for former Defense Secretary James Mattis,” Kusnet wrote.

Kusnet wrote that Snodgrass “would know about many events described in the book” and “would have honorable reasons" to keep his views private.

“Revealing the author to be an apolitical Navy officer, not a renegade Republican operative, would elevate the nature of his very serious concerns about Trump’s fitness to hold the office of the presidency,” the former Clinton staffer wrote.

Kusnet said that he was among the first people to correctly identify the anonymous author of “Primary Colors,” a book about Clinton’s 1992 presidential campaign.

“I read the book carefully and couldn’t help noticing that it read just like Joe Klein’s pieces in ‘Newsweek’ and, before that, ‘New York’ magazine,” Kusnet wrote. “It read just like Klein.” 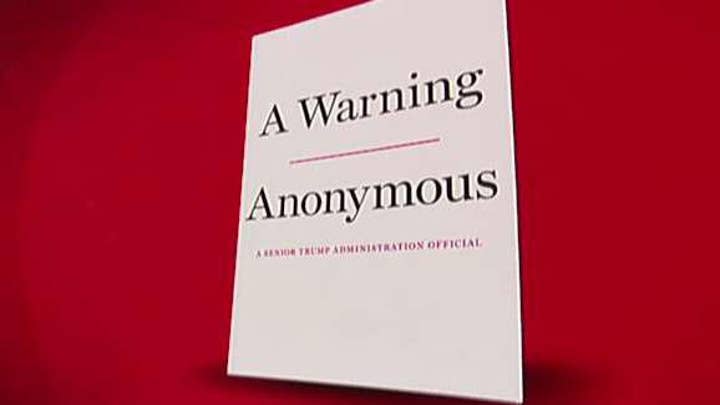 Kusnet feels that he might have cracked the case, again, and Snodgrass even tweeted out the New Republic article.

“Having closely read ‘A Warning’ and the original op-ed, as well as ‘Holding the Line,’ Snodgrass’s recent memoir of two years with Mattis, I find that my instincts tell me that the same person wrote both books,” Kusnet wrote. “Why did I suspect Snodgrass enough to buy his book? First, ‘A Warning’ and the original op-ed both read like they were written by a speechwriter.”

Kusnet said both books “feature short sentences and one-line paragraphs,” the “frequent use of alliteration” and “reversible raincoat” constructions such as noting Lincoln had a “team of rivals”, while Trump has “rival teams.” Kusnet feels that both books also “repeat the same words or phrases but in different contexts,” which is apparently a common tip for speechwriters. Kusnet also thinks the book “centers on what Snodgrass would know best, national security and foreign policy issues, while frequently praising Mattis” and offers other clues only “linguistics mavens with a penchant for forensic analysis” would notice.

Kusnet noted that Snodgrass and Anonymous share a literary agency and his memoir has many similarities to “A Warning.”

“Most important, the two books tell the same story, and Snodgrass is a gifted story-teller,” Kusnet wrote.

Gallagher pointed out that the speculation alone will presumably help sell copies of Snodgrass’ memoir,

Once again, Snodgrass was non-committal and pivoted to ongoing national security issues that he specializes in.