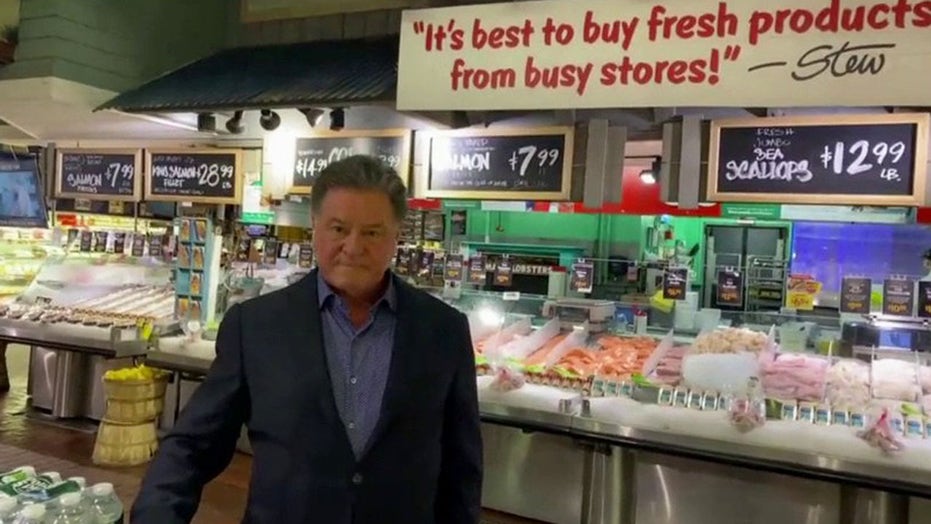 Stew Leonard's grocery chain president and CEO Stew Leonard, Jr. on how his stores are adapting to the outbreak.

Appearing on "America's Newsroom" with host Sandra Smith, Leonard said while his stores had "felt it for the last three or four weeks" the storm is "over right now."

"We've seen all the empty shelves that other places have had and a tough time getting supplied. There was just a huge spike like that that came up. and, right now things have settled down," he explained.

"I'm down in our store right now. It's a Tuesday morning. Things look normal in our stores now. Our customers today are looking for social spacing. They don't want to stay near each other. They want to stay at least six feet away," Leonard continued. "We've actually even put some Plexiglas up on the registers now so you aren't directly in contact with the cashier."

Leonard's stores have taken other precautionary measures to make their stores safer, including curtailing some of their regular practices like loose bagel bins and sampling. The company has also started paying employees an extra $2 per hour to work through this time. 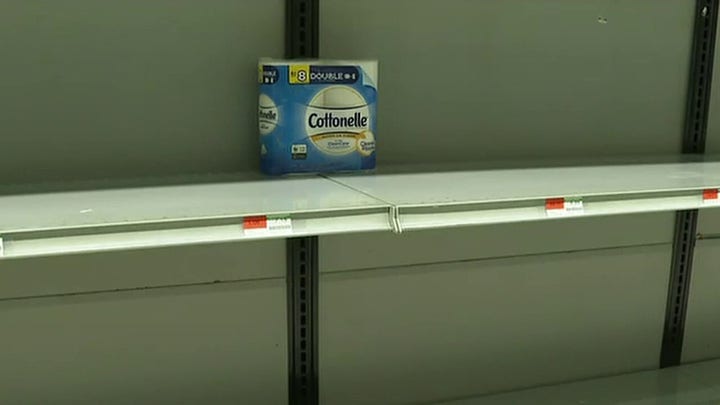 "Bagels, we always had big loose bins of them. But, we now have put a person in front of that and you order your bagel. So it's service bagels now," he said. "And also, we've always been known at Stew Leonard's to have a lot of sampling and unfortunately there [are] no samples going on now because we've discontinued them during this crisis that we're having."

Leonard told Smith what he believed what his industry had experienced was a "tremendous spike" in demand.

"The holidays have come. We have had Hurricane Sandy. We've had snowstorms. We've had to stock up for a lot of things," he added. "A lot of the time you'll see a double, but you'll very rarely see a triple or quadruple."

"And, that put tremendous pressure on the food chain and a lot of it they couldn't get enough drivers and trucks to deliver the food," he concluded.