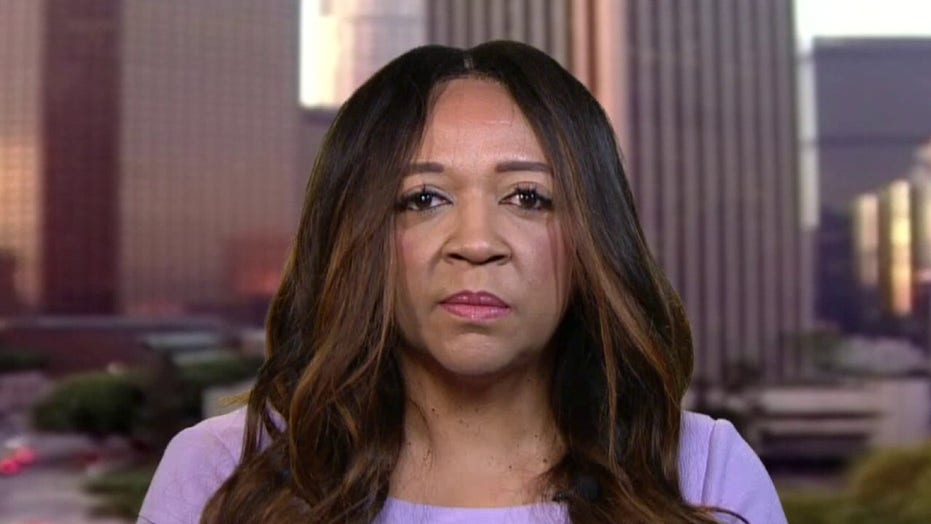 Angela Underwood Jacobs: We want to be able to live freely and safely

Angela Underwood Jacobs, the sister of a federal protective officer who was killed during a protest for George Floyd that turned violent, joins ‘Fox and Friends Weekend.’

Angela Underwood Jacobs, the sister of a federal law-enforcement officer in California who was shot and killed amid violent protests over the death of George Floyd, told “Fox & Friends Weekend” on Sunday that the issue facing America right now “is regarding humanity and a blatant disregard for life.”

Patrick Underwood, 53, was shot and killed at the U.S. courthouse in Oakland on the evening of May 29 after a vehicle pulled up outside the Ronald V. Dellums Federal Building and a person opened fire at two contract security officers who worked for Homeland Security’s Federal Protective Service. Underwood was killed while the second officer was wounded.

The suspect, an Air Force sergeant, also was suspected in a separate attack targeting law enforcement on June 6 in Ben Lomond, south of Oakland. Investigators have linked him to the extremist “boogaloo” movement online, without getting into details on any possible motive.

Host Jedediah Bila asked Jacobs on Sunday how she felt “about President Trump’s tribute to law enforcement and the fact that he stood by law enforcement despite a lot of the anti-police rhetoric you hear going on around the country right now?”

“I have to say that I completely appreciate what he [Trump] said and what he’s doing for the country,” Jacobs responded. 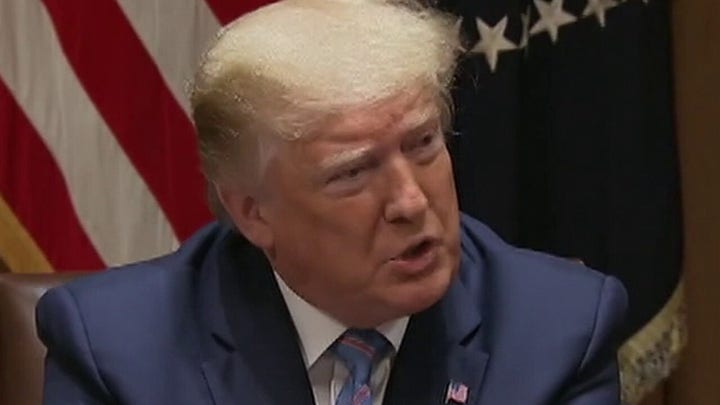 “The men and women in blue that help protect and serve our communities are -- they’re so necessary and we need them and we need to pay loyalty and respect to them, because they go out and put their lives on the line every single day, rain or shine.”

She continued, “They’re there to protect and serve all of us, so honoring them is the right thing to do.”

Jacobs went on to say that she thought the idea of defunding police “is incorrect.”

There has been a growing left-wing push across parts of the country to defund or dismantle police departments following the death of Floyd, a black man who died after a white police officer was captured on video kneeling on his neck for nearly nine minutes.

“I think it’s wrong,” Jacobs said. “I think with all these brilliant minds we have here that we need to figure out a better way.”

“What they have going on right now is utter anarchy. The idea that we have leadership that thinks that it’s okay to let someone else take over a police precinct is wrong,” Jacobs said. “I think that the communities that need policing the most will be underserved, so we need to come together as a country and figure out some better solutions.” 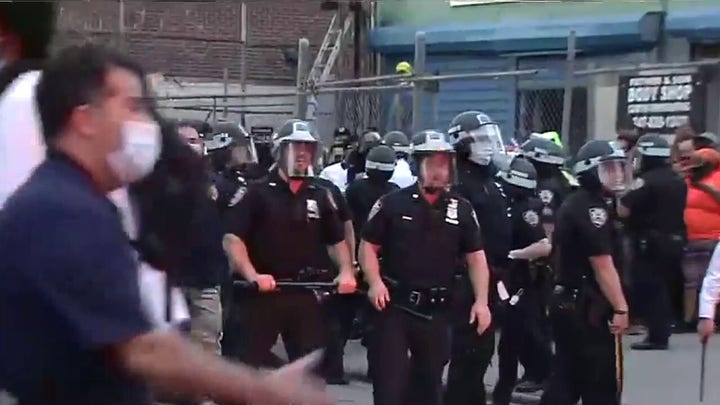 She continued, “As I think about my brother passing away, him dying, it was not a red or blue issue, it was not a political issue. The issue that we have right now is regarding humanity and a blatant disregard for life.”

Jacobs stressed that “as a country, we need to do better,” and acknowledged that “right now, America is mourning.”

She said she thought that change “starts in the home first and then I look at the community of people that are out there in the churches, the church community,” noting that “they were the ones that came to our aid when my brother was killed.”

Jacobs went on, “If we continue to not lead with love, we’re going to have more problems, so we need to come together as a society.”