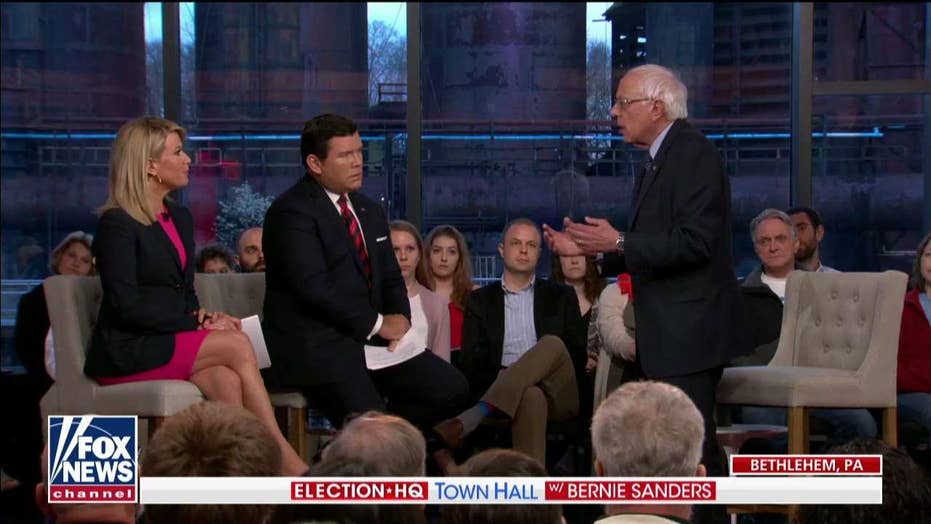 Bret Baier and Martha MacCallum will moderate Sanders’ second Fox News town hall of the election cycle on March 9 at 6:30 p.m. ET. Sanders previously participated in a town hall on Fox News back in April 2019.

“Fox News Channel has proven to be a destination for all voices across the political spectrum. Now more than ever, 2020 presidential candidates recognize the critical importance of our platform, comprised of significant block of Independent voters and the largest TV news audience in the nation,” Wallace said. “We welcome Sen. Sanders back to Fox News for a substantive conversation.”

Sanders hopes to land the Democratic nomination and face off against President Trump, who participated in a Fox News town hall on Thursday.

The Sanders event will be the eleventh town hall of the current election season hosted by Fox News and the tenth with a Democratic presidential candidate. FNC’s first town hall with Senator Sanders holds the record for the most watched town hall of the 2020 election cycle with nearly 2.6 million viewers.

Fox News offers a significantly larger audience than liberal cable networks MSNBC and CNN, which have been accused of favoring moderate Democrats over Sanders.

CNN and MSNBC both recently criticized Sanders for his constant attacks on what he describes as the "corporate establishment" that he says is backing former Vice President Joe Biden's campaign. Some have even suggested that Sanders' attacks on the "establishment" is also an attack on African-American voters, who overwhelmingly supported Biden in the South Carolina primary as well as the Super Tuesday contests this week.