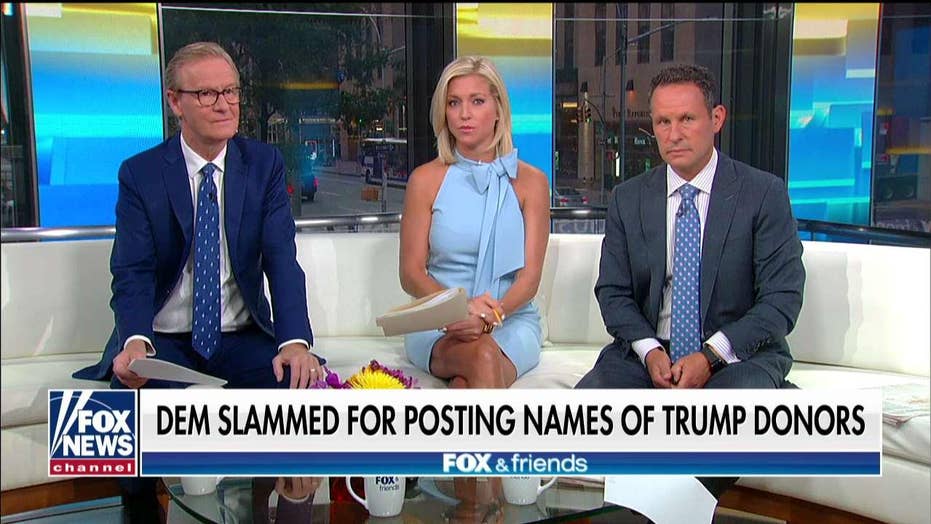 The hosts of "Fox & Friends" reacted Wednesday to Rep. Joaquin Castro, the brother and campaign chairman of 2020 presidential hopeful Julian Castro, tweeting out a list of prominent San Antonio, Texas, Trump donors and their employers.

"It's totally out of bounds," said host Brian Kilmeade, agreeing with host Ainsley Earhardt, who then noted that Castro doubled down on the post after facing backlash from the Trump campaign and Republican House Minority Leader Kevin McCarthy.

"No one was targeted or harassed in my post. You know that. All that info is routinely published," said Rep. Castro, D-Texas, on Twitter, refusing their demands to delete the tweet.

"All that info is routinely published. You’re trying to distract from the racism that has overtaken the GOP and the fact that President Trump spends donor money on thousands of ads about Hispanics 'invading' America," Castro added.

The Trump campaign told Fox News they reported Castro’s tweet to Twitter, arguing it violates the platform’s abusive behavior provision stating users cannot “engage in the targeted harassment of someone, or incite other people to do so.” 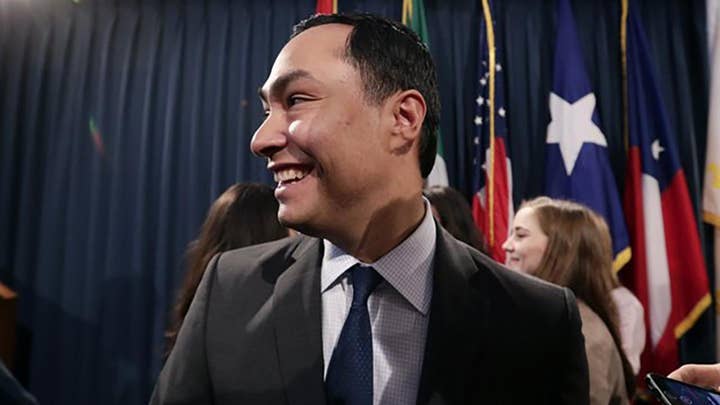 Earhardt said she used to live in San Antonio and lamented the potential effect on some of the local business owners who were outed as Trump supporters.

"They're capitalists, they started their companies, they support a Republican, so what?" she said, with Kilmeade pointing out the low polling numbers for Julian Castro's presidential campaign.

Fox News correspondent-at-large Geraldo Rivera said on "Hannity" that the tweets from Castro were the "height of irresponsibility" and put innocent people at risk.

"There is rage ... it is a recipe for one of those donors to get hurt," said Rivera.