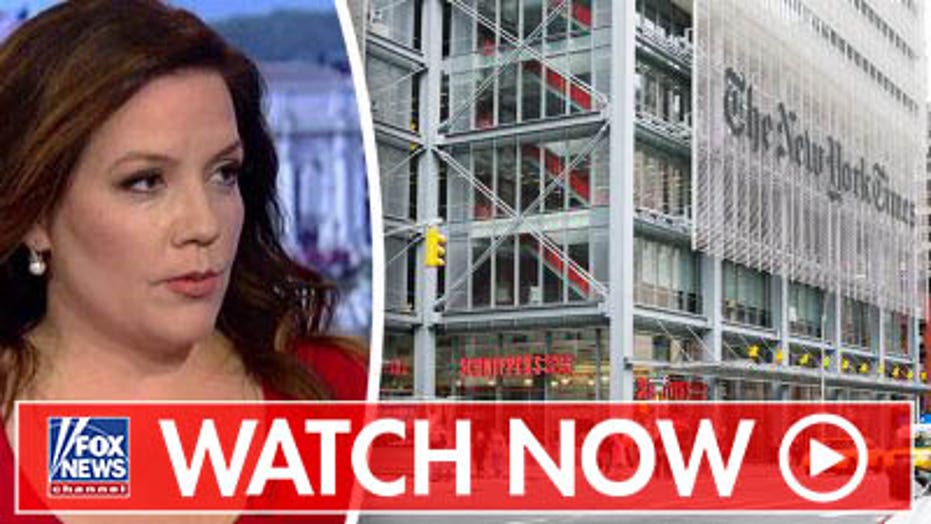 Blowback against the New York Times over a headline about President Trump's response to recent mass shootings is a frightening precedent, according to Mollie Hemingway.

The fact several media and political figures were able to convince the paper to change its headline after the first edition exposes the collective outrage as a "mob," Hemingway claimed Tuesday on "Special Report."

"Clearly, the first headline was more factual and less opinion-y than the second headline -- which was not a very well constructed headline," the Federalist senior editor said. 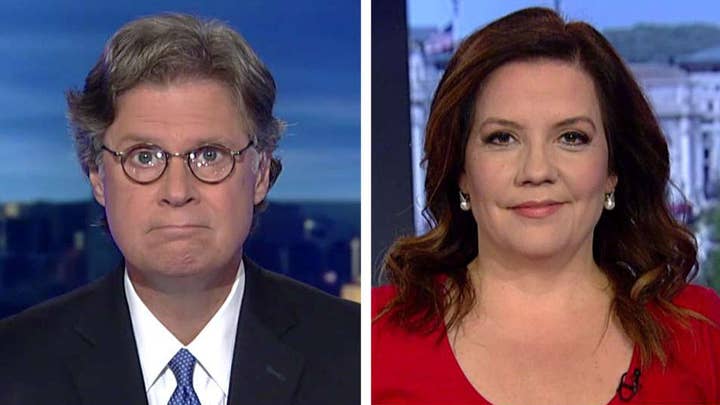 A headline about Trump’s remarks on the recent mass shootings in El Paso and Dayton drew condemnation online -- including from some Democratic presidential candidates -- and was subsequently changed late Monday. The newspaper summarized Trump’s comments, in which he denounced hate and white supremacy, with the headline “Trump Urges Unity vs. Racism” on the front page of its first edition.

Rep. Alexandria Ocasio-Cortez, D-N.Y., called the headline a: "reminder of how white supremacy is aided by -- and often relies upon -- the cowardice of mainstream institutions." 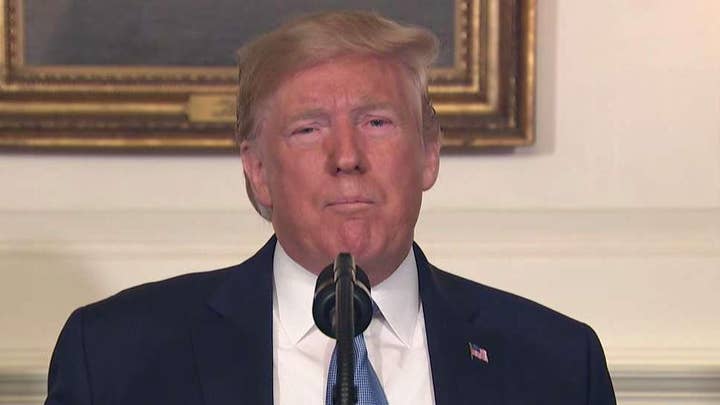 "Lives literally depend on you doing better. Please do," the former Newark, N.J. mayor tweeted.

The paper's home-state Senator Kirsten Gillibrand, who is also running for the 2020 Democratic nomination, claimed the headline was inaccurate: "that's not what happened."

"You hear a lot of people asserting things about Donald Trump without actually showing their work or showing evidence in support of it," she said.

"The New York Times was bullied and pressured by an online mob -- consisting of a lot of journalists -- to take that factual headline and change it to something else to fit a narrative that has been promoted by a lot of people.

"It can be kind of scary to watch media companies or corporations like the New York Times fall prey to these kinds of online mobs."

After the backlash, the Manhattan-based paper changed the top story's headline to, "Assailing hate but not guns."