This is bigger than the Trump raid: Mike Pompeo

Former Secretary of State Mike Pompeo criticizes federal agencies in the wake of the Department of Justice and FBI allegedly colluding in the Trump raid on 'The Ingraham Angle.'

Former Secretary of State Mike Pompeo explained the "central thesis" that the Trump raid ran against Thursday on "The Ingraham Angle."

MIKE POMPEO: We saw my predecessor, CIA, John Brennan, politicize, weaponize the CIA. We saw Jim Comey — who was my counterpart at FBI when I was the CIA director at the beginning of my time — we saw him take notes, leak them to the press. We've watched the Justice Department under Merrick Garland go after parents as terrorists who are just trying to make sure their kids get in school. There is no reason to give them the benefit of the doubt.

WILL CAIN ON TRUMP RAID: THE DOJ WANTS THE AFFIDAVIT BURIED

It has not been remotely equal. And what they did at Mar-a-Lago that day runs just square against the central thesis, which is about transparent, equal application of the law in the United States, especially when you do it against someone who was your former and could potentially be soon, could be again, your political opponent... And it is bigger than what just happened in Florida last week. 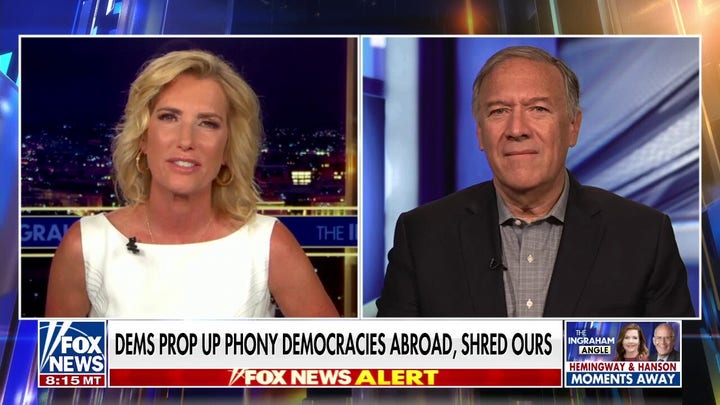