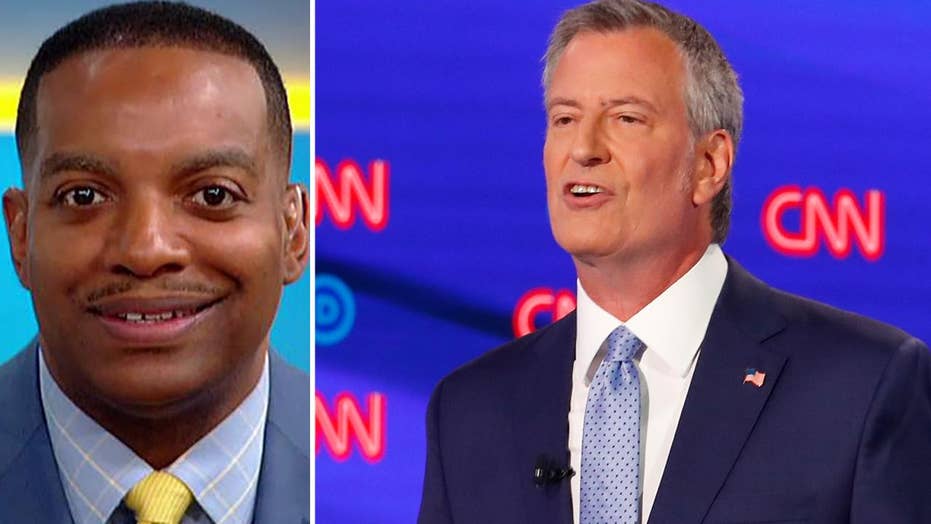 Former NYPD officer Dr. Darrin Porcher said the police officers that protested New York Mayor Bill de Blasio’s appearance at the Democratic debate were “a reflection” that he is not fit to be president.

“He can’t run the NYPD but we have the expectation of him being the commander-in-chief over in Iraq and Afghanistan? This is not our guy and this is a reflection of it,” Porcher told "Fox & Friends" on Thursday.

The cops, who traveled from New York, told Fox News that they had been out of contract for almost two years with no raise to speak of, and that de Blasio wanted to give them raises that were well below inflation. The protest was organized by the New York City Police Benevolent Association (PBA) which represents 24,000 rank-and-file officers. 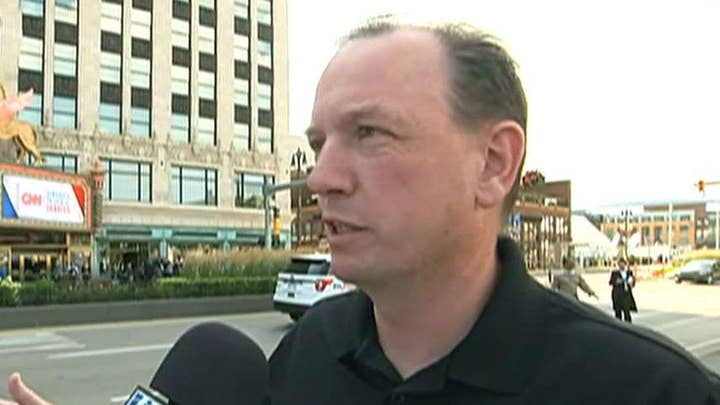 “We’re here to tell our mayor that he should come back and finish the job that he ran for,” Officer Joseph Alejandro told Fox News. “He ran to be the mayor of New York City and now he’s doing this run, we don’t know why but he’s got a lot of unfinished work in this city and one of those things is he should be negotiating with us.”

“He keeps running away from us ... so we’re going to chase him as much as we have to, we’re going to make sure he knows that he should be back at the table and do his job,” he said.

De Blasio received heavy criticism and his policies toward policing were blamed for the viral videos of cops being doused with water while bystanders watched.

Porcher argued that de Blasio supports a hands-off approach from officers and it's a "dangerous precedent."

“The truth of the matter is, de Blasio was putting us as common citizens in harm's way because of his policies,” Porcher said, noting how officers failed to respond to the water-dousing because they don't feel supported by city hall.