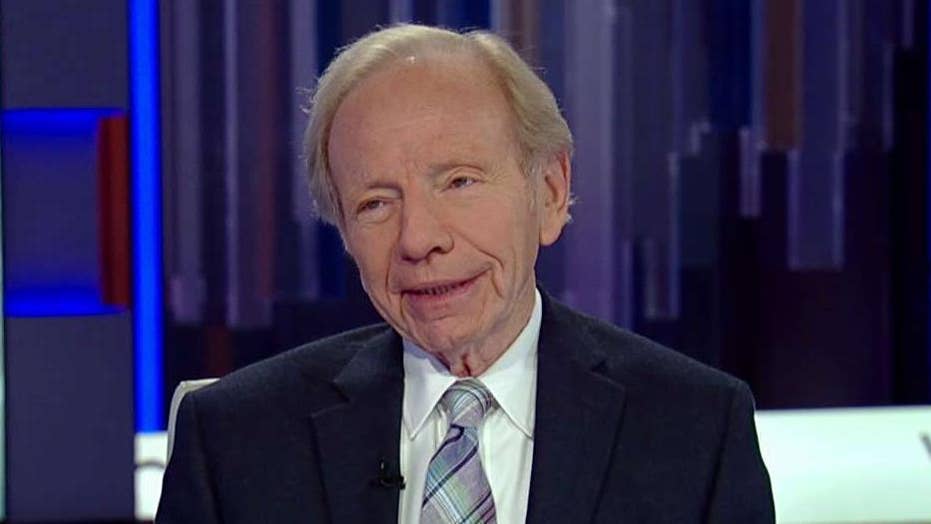 “He’s got a record," Lieberman told “Your World.” "He built a big company, a great company. He was a good mayor of this city before most people’s estimate and he’s got that unlimited checkbook which means he’s going to be there until the end."

Lieberman, who was nominated for vice president by Democrats in 2000, went on to say that due to Bloomberg’s wealth, he can remain in the race as long as he pleases, as opposed to other candidates whose funding may run out after poor showings in early states.

Bloomberg formally announced Sunday that he was getting in the race, releasing a video and posting a written statement on his campaign website.

There has been speculation for months that Bloomberg, who donated millions to Democratic candidates in the 2018 midterm elections, would enter the 2020 fray, but he initially decided there was no path with establishment-favorite Joe Biden in the race. Biden’s perceived weakness, along with the rise of left-wing firebrand Elizabeth Warren, convinced him to reconsider.

In a statement to Fox News earlier this month, Bloomberg political adviser Howard Wolfson said the former New York mayor was worried that the current crop of Democrats seeking the White House was "not well-positioned" to defeat President Trump.