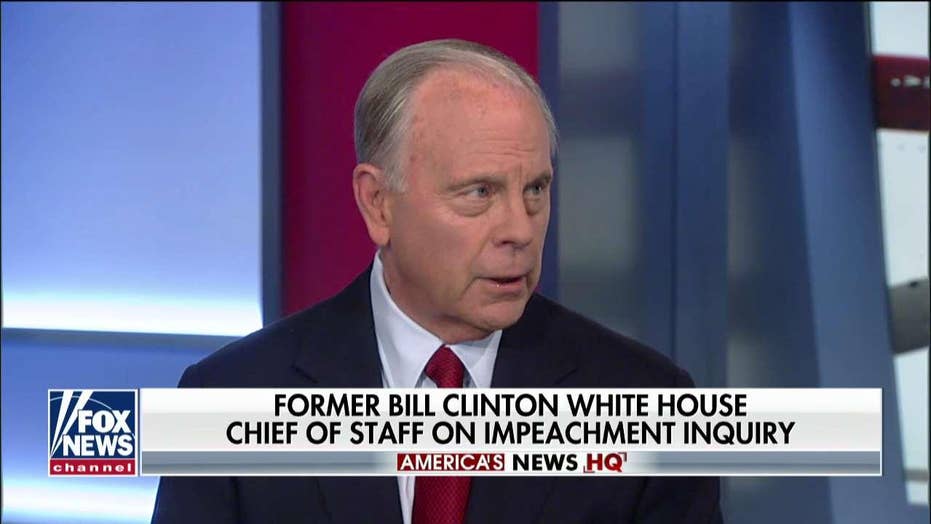 President Bill Clinton's former White House chief of staff Mack McLarty was not a part of the administration during the 1998 impeachment process, but he has some advice for President Trump.

Appearing on "America's News HQ" with host Kristin Fisher Saturday, McLarty said he told Clinton to be "forthcoming," "authentic" and "really convey to the American people how you feel." 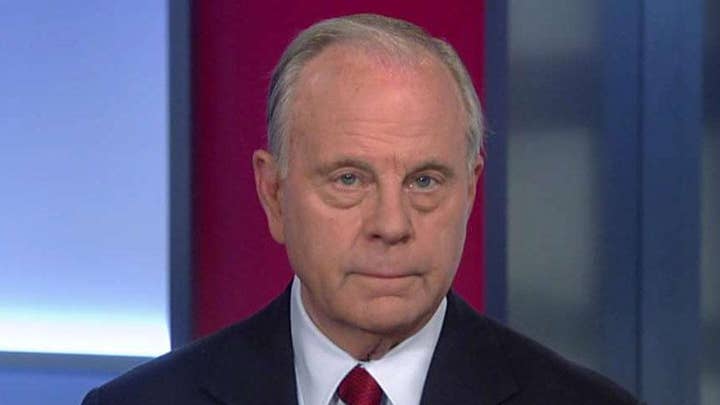 McLarty noted that this impeachment process was unprecedented "because you have a sitting first-term president with an election on the horizon that's going into an impeachment hearing."

McLarty said he believes that Trump is trying to do a version of what "President Clinton was able to do pretty successfully with the benefit of history," which is to say he is still "engaged in [fighting] and working for the American people."

"President Clinton was able to compartmentalize that if you will, and he chose to have separate tracks. To date, President Trump has not chosen to have separate tracks," said McLarty. "But, I think it's important that the American people feel that their president is still engaged in working with them and has his eye on the ball of the myriad of issues, challenges and problems."

"I think as Americans we're all concerned about our government, about our country and about the people in our country and how we can make our country better. So, in that regard, no one welcomes this kind of controversy, further division within the country, and an impeachment process," he said.

"My advice," he concluded, "would be stick to the business of the people and do your job as president; I think that's the advice I would try to give him."