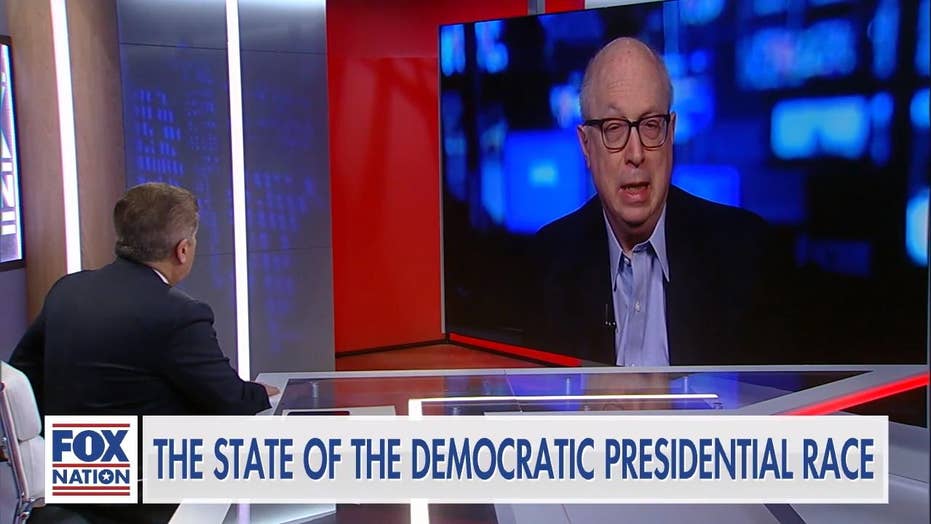 Fox News senior judicial analyst Judge Andrew Napolitano spoke to Doug Schoen, who is a former adviser to President Bill Clinton and a Fox News contributor, about the current state of the Democratic Party.

"When I grew up and you grew up, there was a muscular, strong foreign policy, pro-civil rights, pro-capitalist wing of the [Democratic] party that I proudly identify with, but that wing of the party is in recession now -- literally and metaphorically," Schoen said on Fox Nation's "Liberty Files with Judge Andrew Napolitano."

MCHENRY BLASTS LEBRON JAMES: 'YOU'RE ALL ABOUT BEING 'WOKE'...WHEN IT'S NOT AFFECTING YOUR BOTTOM LINE'

Schoen warned that the Democratic Party in 2020 is due for a clash between the traditional wing and a growing far-left contingent.

"I think it's looking like it's going in that direction of fracture, fissure and division. I think the upper hand in the party is now with the left, sadly, and I wish it were something else," he said.

"Even JFK himself, maybe even LBJ, they wouldn't recognize the modern Democratic Party," Napolitano said.

"No, they wouldn't," Schoen agreed. "I would say to your listeners, particularly those who are Democrats or were Democrats: watch the 1961 inaugural address of John F. Kennedy. It will literally bring tears to your eyes and it is completely at variance with and different from anything this current crop of Democrats are talking about."

"What is the appeal of socialism -- clearly, to these young people?" the judge asked. "It's alien to our culture. It's absent from our history. All the sudden, it seems to be everywhere."

Schoen said that the ideology appeals to people as a solution to real problems in American society.

"There are high student loans, high housing costs, high health care costs, and socialism provides an answer, albeit not a good one. But it basically says it's not your fault, it's their fault, their fault being the government, older people, however you want to parse it, and redistribution becomes a solution that ameliorates the problems seemingly and avoids any blame for younger people for their circumstances," he said.