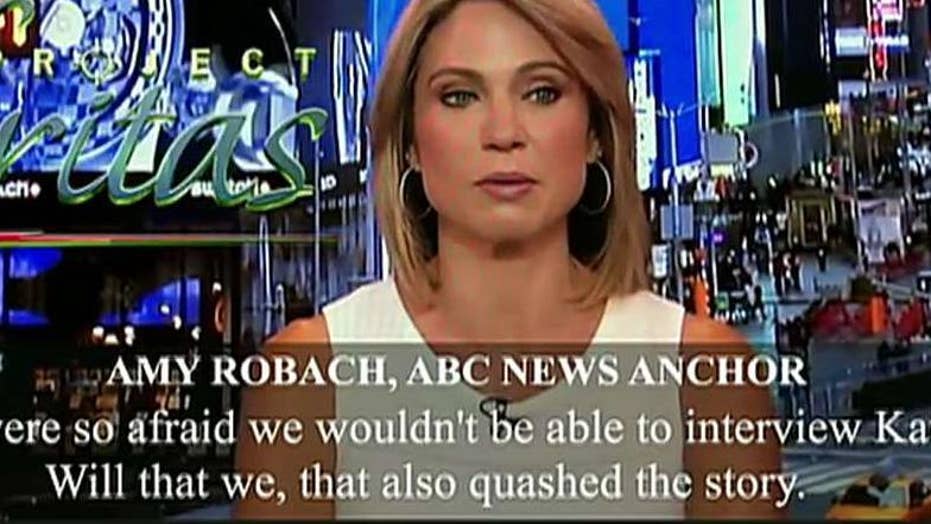 A CBS News employee, fired after ABC executives informed CBS she'd had access to a leaked hot mic video that revealed the Disney-owned network killed a Jeffrey Epstein scoop, says she did not leak the tape and was unfairly axed without being able to defend herself.

Ashley Bianco was a producer on ABC’s “Good Morning America” before joining “CBS This Morning” last month. Earlier this week, the controversial group Project Veritas published the damning video in which "20/20" and "GMA" anchor Amy Robach complained that her bosses killed a story that would have exposed the now-deceased child sex offender Epstein three years ago.

Bianco said she was fired by CBS after the network received a call from ABC informing her new boss that she once had access to the leaked video.

“I did not" leak the tape, Bianco told journalist Megyn Kelly in an interview posted Friday on YouTube.“I’m not the whistleblower. I’m sorry to ABC, but the leaker is still inside.”

“I’m not the whistleblower. I’m sorry to ABC, but the leaker is still inside.”

CBS News declined to comment on Bianco's claim. ABC News did not immediately respond to requests for comment.

Bianco denied ever communicating with anyone from Project Veritas and said she simply made a clip of the video and saved it in ABC's internal system. Bianco said she was watching the feed from her desk when Robach made the now-infamous comments about ABC News refusing to air her Epstein reporting.

“I had seen what she was saying and I went to my manager,” Bianco told Kelly. “I essentially marked it in the system, it never left the system. We do it all the time. ... I may have accessed it but I never leaked it, I never showed it to anyone.”

"I never leaked it, I never showed it to anyone.”

Bianco, who deleted various social media accounts before speaking out, said she did not inform her manager that she clipped it, but “everyone in the office was freaked out” by Robach’s comments.

“Everyone was watching it,” Bianco said, noting that the purpose for “clipping” it was to watch it back later for “office gossip.”

Bianco told Kelly that she doesn’t know who leaked the tape because “everyone” at ABC was aware it existed. The former ABC News employee said she only jumped to a new job at CBS because the network made her a better offer. She'd worked at CBS for four days before being fired as a result of the leaked footage.

“I begged, I pleaded, I didn’t know what I had done wrong,” she told Kelly. “I wasn’t even given the professional courtesy to defend myself. It was humiliating, it was devastating.”

“I wasn’t even given the professional courtesy to defend myself. It was humiliating, it was devastating.”

Reporter Yashar Ali previously cited “two sources with knowledge of the situation” who claimed ABC News honchos “believe they know the identity” of a former employee with access to the viral footage. Ali added that ABC executives informed CBS that the potential leaker was now working at CBS, sometimes referred to as the Tiffany Network.

Bianco was fired less than 24 hours after Ali’s initial report.

Bianco said she never intended to embarrass Robach or ABC and enjoyed her time at the Disney-owned network.

“The three years I spent at ABC, I loved my time there,” she said. “I’m a good employee… I love my job.”

She then told Kelly she never went back to view the clip and never shared it with anyone.

“I never heard of Project Veritas until this,” she said.

Bianco then expressed regret and said she wouldn’t have clipped the footage if she knew it was such a big deal.

Project Veritas, whose founder, James O'Keefe, describes himself as a “guerrilla journalist,” published the footage, which included Robach saying ABC refused to air an interview she conducted with one of Epstein’s victims because the British royal family had objected.