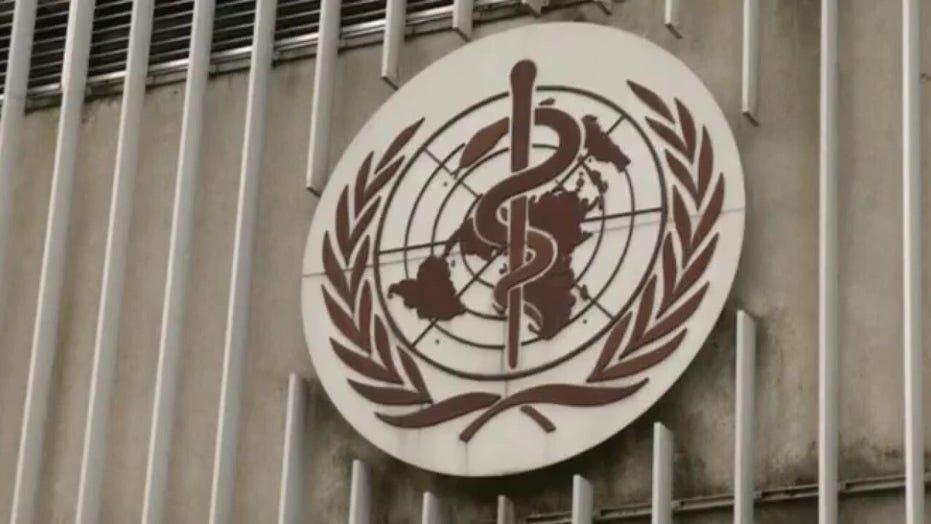 "TUCKER CARLSON TONIGHT" EXCLUSIVE: The Trump administration is on the brink of restoring some funding to the World Health Organization, a month after the president announced that it would be suspended while the government investigated the WHO's response to the coronavirus pandemic.

According to a five-page draft letter to WHO Director-General Tedros Adhanom Ghebreyesus obtained by "Tucker Carlson Tonight" Friday, the administration will "agree to pay up to what China pays in assessed contributions" to the WHO.

"We're told the president supposedly has agreed to sign the letter if he hasn't already," host Tucker Carlson said Friday. "It'd be interesting to know who convinced him to do that."

A senior administration official confirmed to "Tucker Carlson Tonight" that Trump has agreed to the plan set out in the draft letter.

"Despite [its] shortcomings, I believe that the WHO still has tremendous potential, and want to see the WHO live up to this potential, particularly now during this global crisis" the draft letter reads, apparently in President Trump's voice.

"That is why I've decided the United States will continue to partner and work with the WHO ..." it adds. "China owes a massive debt to the entire world, and it can start with paying its fair share to the WHO."

Previous U.S. funding of the WHO amounted to about $400 million per year. If the U.S. does match China's contributions, the new funding level will be about one-tenth of that amount.

"If China increases its funding to the WHO," the letter adds, "we will consider matching those increases."

The draft letter begins by stating that the U.S. review of the WHO's coronavirus response "has confirmed many of the concerns I [Trump] raised last month and identified others." It concludes by calling for "commonsense reforms of the WHO," including "a universal review mechanism to publicly report on member state compliance with International Health Regulations ... including timely and effective declarations of Public Health Emergencies of International Concern."

The draft also says the WHO and its Director-General must be "insulat[ed] ... from political pressure in relation to public health decisions and participation in WHO meetings" and calls for "a fully independent assessment of the origin of this virus and the WHO COVID-19 response."

Carlson reminded viewers why Trump announced the halt to funding on April 14, slamming the organization and its director-general.

"Dr. Tedros Adhanom has thoroughly disgraced himself and his organization for four years, but particularly throughout this virus epidemic," Carlson said. "Remember, the World Health Organization attacked travel restrictions ... as unnecessary and, needless to say, racist. They then spread the baldest kind of Chinese propaganda, [saying] the virus could not spread person-to-person.

The host then called White House coronavirus task force member Dr. Anthony Fauci a "fervent fan" of Tedros, and hinted he would surely be "thrilled" with the news the U.S. may continue funding the WHO.

Fox News' Dr. Marc Siegel, who appeared on Carlson's show, noted Tedros' inexplicable praise of Beijing's handling of the early stages of the pandemic and issued a plea to President Trump.