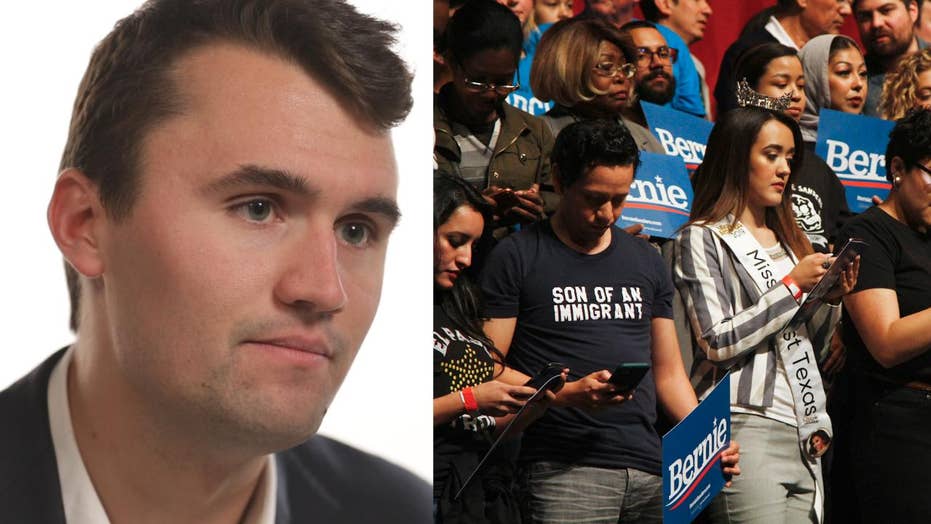 Exclusive: Charlie Kirk: This is why millennials will flee Bernie Sanders

Charlie Kirk sits down with Fox News to discuss why young progressive voters will ultimately leave the Bernie Sanders’ camp and how Trump can win them over.

EXCLUSIVE: The youth of America is turning away from the radical left and Democratic socialists like Vermont Sen. Bernie Sanders in favor of conservative ideals, Turning Point USA President Charlie Kirk said Friday.

In an exclusive interview with Fox News, Kirk said that while it's hard to run up against a candidate like Sanders who is "willing to promise everything and take other peoples' money away to pay for it," not every student wants student loan forgiveness.

"In my personal opinion, I think that students -- once they are informed about what Bernie Sanders actually believes and why he believes it -- they'll turn away from him in record numbers," Kirk said

DAN HENNINGER: VOTERS FINALLY HAD THEIR SAY AND SOCIALISM FAILED ON SUPER TUESDAY

Across Super Tuesday states with an exit poll, Sanders won an astounding 61 percent to former Vice President Joe Biden's 17 percent among voters under 30.

Gen Z and millennials are projected to make up 37 percent of voters in the 2020 presidential election. 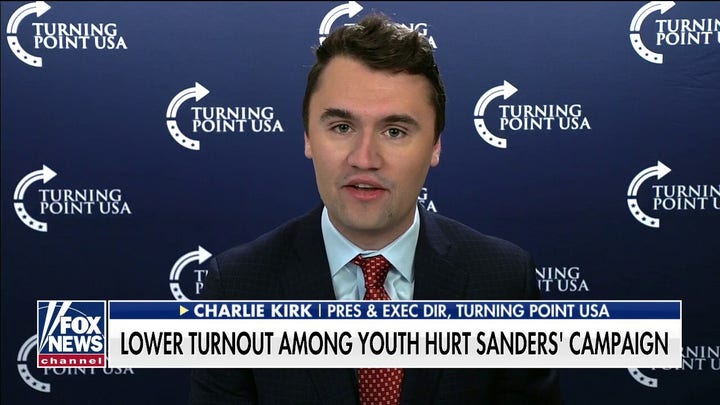 In an interview on "Fox & Friends Weekend" Saturday with hosts Pete Hegseth and Griff Jenkins, Kirk said that students who are rejecting socialism and far-left political platforms are a "great sign" for conservatives.

"It goes to show that Generation Z is more conservative than the millennial generation," he said.

"The question is," he mused, "is my generation going to embrace the ideas of outward socialism or soft-socialism versus real results?"

"And, if the Democrats end up nominating Joe Biden, which looks increasingly likely that they will, I believe President Trump can win the youth vote for the first time since 1984 [when] Ronald Reagan -- as a Republican -- did," he said.

"I think the president can win the youth vote for the first time in over 30 years."