ESPN’s Dan Le Batard missed his radio show twice this week after violating a company by offering his political views but will remain with the network.

Le Batard skipped his radio program, “The Dan Le Batard Show with Stugotz," on Monday following a weekend of trying to persuade to soften his rule that politics should be avoided on the sports network. The Miami-based Le Batard missed Thursday's show to meet face-to-face with the ESPN honcho and they decided he would remain at the network.

Fox News has learned the talks went well and progress was made. Le Batard will return to his ESPN television program, “Highly Questionable” on Friday and his ESPN Radio program on Monday.

ESPN declined to comment when reached by Fox News. 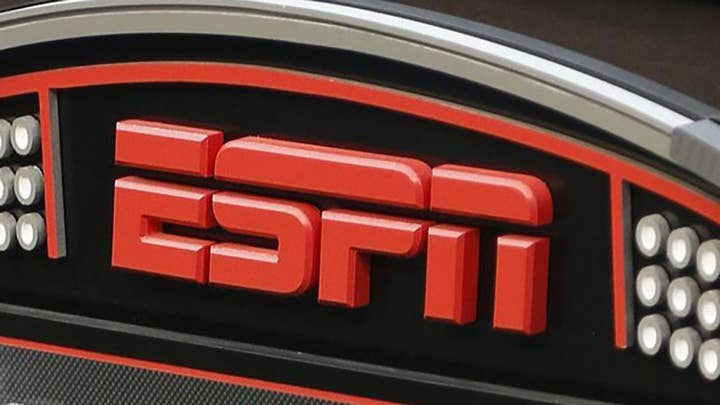 It all started when Le Batard, whose parents are exiles from Cuba, called last week’s Trump rally "deeply offensive" because the crowd targeted Rep. Ilhan Omar, D-Minn, with chants of “send her back.”

ESPN allows its personalities to discuss politics when they cross with sports, such as players skipping White House visits and athletes kneeling during the national anthem. Employees, including Le Batard himself, were recently notified that the policy hasn’t changed and strictly political stories don’t have a place at the iconic sports network under current leadership. But it was that very policy that Le Batard took issue with in the first place.

"We don't talk about what is happening unless there's some sort of weak, cowardly sports angle that we can run it through when sports has always been the place where this stuff changes," Le Batard said last Thursday.

“We won't talk about it unless Russell Wilson is saying something about it on his Instagram. Then we have the power to run with it… Weak-ass shield. It is antithetical to what we should be,” Le Batard added. "And if you're not calling it abhorrent, obviously racist, dangerous rhetoric, you're complicit."

Los Angeles Times columnist Arash Markazi wrote on Wednesday that ESPN doesn’t have a “political problem as much as it has a Trump problem,” suggesting that “no one would care” if Le Batard wanted to talk about Bernie Sanders or Ted Cruz.

“But ESPN wants to stay as far away from Trump as possible, even when the president shoehorns himself into sports stories in a way that can’t be ignored,” Markazi wrote.

Le Batard is often openly tempted to dive into issues surrounding race and gender on “The Dan Le Batard Show with Stugotz,” but the show has a less-than-serious supporting cast that often stops its namesake from diving too deep. A comical “Mystery Crate of Content” segment often interrupts Le Batard when he is about to discuss something that ESPN executives wouldn’t be happy about.

Former ESPN star Bill Simmons, who parted ways with the company shortly after being suspended for speaking out against NFL commissioner Roger Goodell, didn't think his friend Le Batard will remain at ESPN much longer.

“ESPN has set these rules in place… Le Batard knew this… he’s a really proud guy, who I feel like at some point looked at it and said, ‘I have a platform, I’m on live radio right now and I’m just gonna use the platform for this and I know there is going to be repercussions,” Simmons said this week on his podcast. “I don’t think this plays out in a great way for his future there… I just don’t see him backing off.”

It appears Simmons was wrong, at least for now.

ESPN became increasingly liberal under former ESPN President John Skipper, a close friend of Le Batard who left the network in 2017 when a drug dealer attempted to extort him by using his cocaine habit against him. Skipper’s replacement, Pitaro, quickly declared that he wants less politics on his airwaves and he shook things up as a result.

With the exception of a few isolated incidents, including Le Batard’s recent comments, ESPN has remained largely apolitical under Pitaro. The network has conducted research that shows 74 percent of fans don’t want political content mixed with ESPN’s sports coverage.