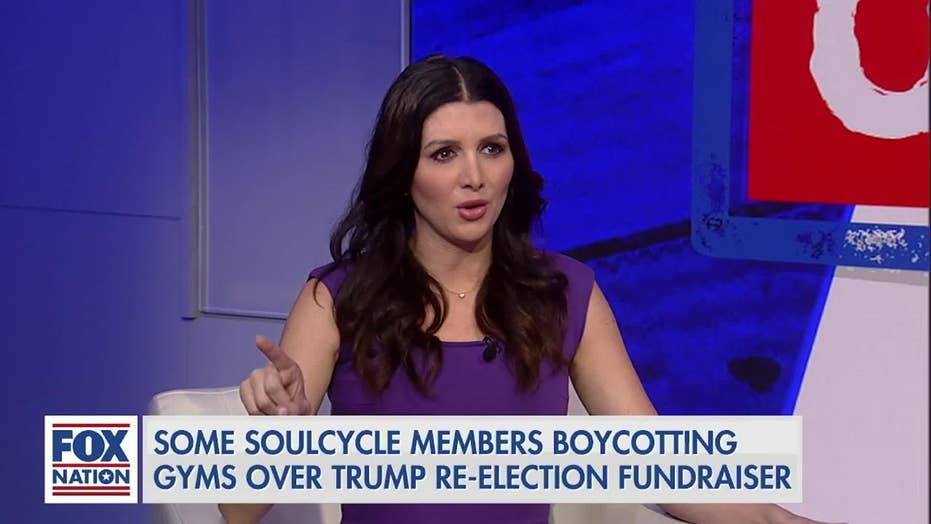 Erin Elmore hits back at celebs calling for SoulCycle boycotts: 'I'm going in there in my MAGA hat'

Attorney and political analyst Erin Elmore fired back at Hollywood stars who called for a boycott of SoulCycle and Equinox after the owner of the companies announced plans to host a Trump fundraiser.

In Fox Nation's latest episode of "UN-PC," Elmore, who is a regular at SoulCycle, called out the hypocrisy in those that have called for boycotts against the company - which has claimed to promote "inclusion."

"On the wall, it says inclusion for everybody - that only means for Democrats clearly," said Elmore, who was a contestant on "The Apprentice."

Celebrities and social media influencers including Chrissy Teigen and Billy Eichner called for boycotts this week against the brands after word got out that Miami Dolphins owner Stephen Ross was set to host a lavish fundraiser for the president at his Hamptons mansion on Friday.

Equinox and SoulCycle immediately released statements distancing themselves from Ross, who currently has a personal net worth of $7.7 billion, according to Forbes, and invests in both companies.

Elmore said she felt empowered from the incident.

"I'm going in and wearing my MAGA hat...who's coming with me," she said.

Host Tom Shillue said he found it confusing why many on the left have chosen to boycott the brands, considering most of their employees - who do not support the president - will take the hit.