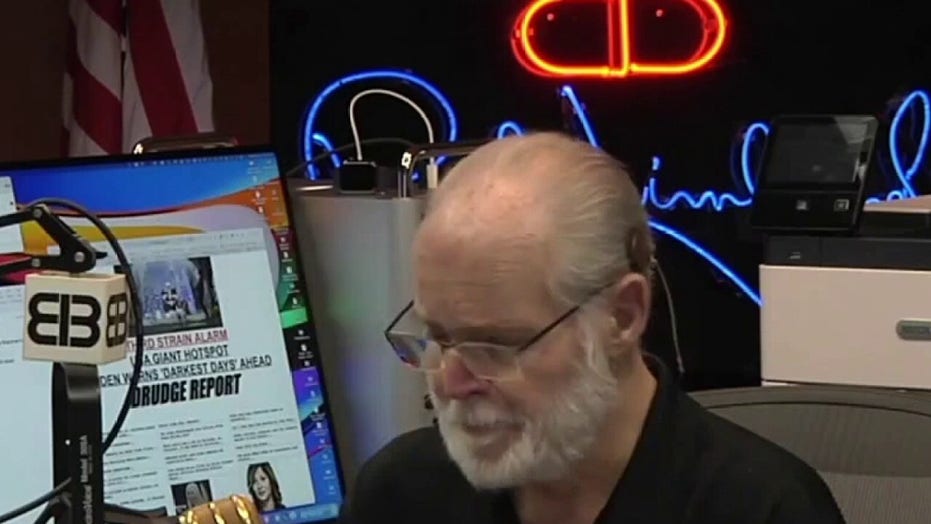 Limbaugh evokes Lou Gehrig, thanks supporters on one of last shows

'The Story' host Martha MacCallum looks back at one of the radio legend's final broadcasts on Dec. 23, 2020

An emotional Rush Limbaugh opened his final radio broadcast of 2020 by thanking his listeners and supporters as he continues to battle a terminal cancer diagnosis.

Limbaugh singled out his wife Kathryn and other family members for supporting him throughout his career and his health struggle. The 69-year-old learned he had Stage IV lung cancer in January, and was awarded the Presidential Medal of Freedom by President Trump at the State of the Union address in February.

He added the decency of those around him had confirmed his prior beliefs about people's innate goodness.

Limbaugh said he was originally stunned by his diagnosis and added it had been as hard on those in his orbit as it was on him personally.

"I can't be self-absorbed about it, when that is the tendency when you are told that you've got a due date," he said, choking up. "You have an expiration date. A lot of people never get told that, so they don't face life this way."

Limbaugh also praised President Trump's Tuesday night address in which he lambasted the coronavirus relief bill and continued to make baseless claims that he could remain in office beyond January. The host also took exception to President-elect Joe Biden's statement Tuesday that America's "darkest days" in the coronavirus fight were ahead.

Limbaugh is considered one of the most influential media members of the past 50 years and has played a consequential role in conservative politics since his radio show began in 1988. The program has grown into the most listened-to radio show in the United States.

He’s a five-time winner of the National Association of Broadcasters Marconi Award for "Excellence in Syndicated and Network Broadcasting," a No. 1 New York Times bestselling author and a member of the Radio Hall of Fame and National Association of Broadcasters Hall of Fame. He also was named one of Barbara Walters’ 10 Most Fascinating People in 2008 and one of TIME’s 100 Most Influential People in the World in 2009.