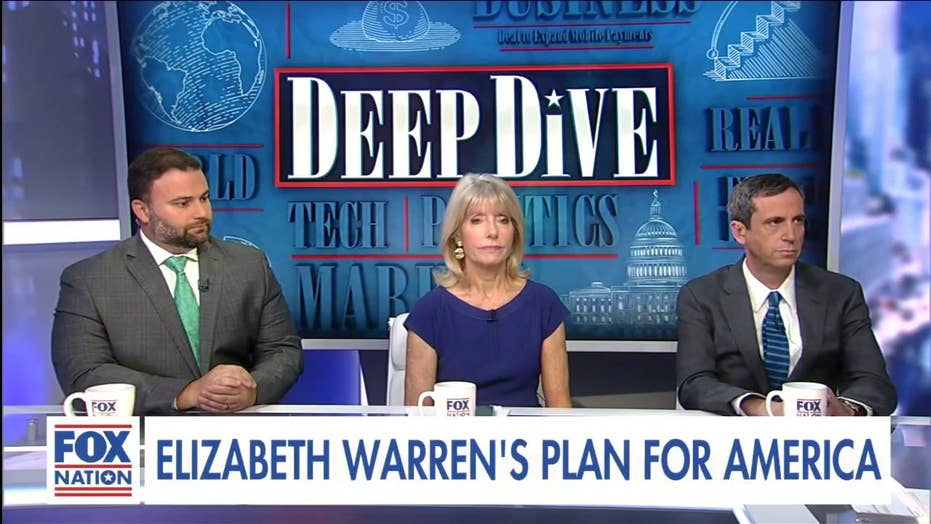 For the first time, the RealClearPolitics average of polls showed Senator Elizabeth Warren D-Mass., in the lead of the 2020 Democratic presidential field, edging out former Vice President Joe Biden by less than half a point.

Warren's elevated profile is attracting new scrutiny of her policy ideas, including a 2% annual tax on the wealth of individuals with more than $50 million and a 3% tax on the wealth of those with over $1 billion.  Senator Bernie Sanders I-Vt., has advanced a similar proposal.

On Fox Nation's "Deep Dive," Wall Street Journal Assistant Editorial Page Editor James Freeman and a panel of experts debated if the Warren plan was feasible and at the least constitutional.

Lincoln Mitchell, who is an Adjunct Associate Professor of Political Science at Columbia University, said Warren's proposal highlights a critical concept about inequality.

“The argument is a wealth tax as opposed to an income tax, and this is important because we often think about inequality in America in terms of income, but real inequality is in terms of wealth," said Mitchell. 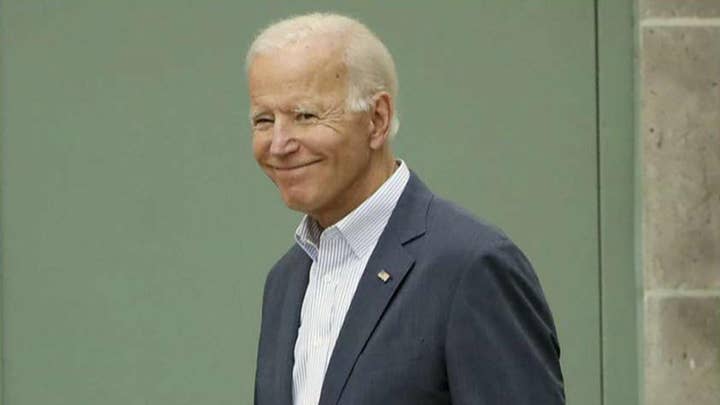 “There are a lot of reasons why this tax is unpopular or a lot of economists think it is a bad idea.  Number one, it may be unconstitutional," said Peek. "The way taxation is supposed to be laid out is it is supposed to be proportional across all states and this probably would not be.”

Mitchell disagreed with Peek's assessment, saying, “Taxes aimed at wealthier people… have stood up to constitutional scrutiny in the past.”

Peek was not finished in her takedown of Warren's proposal.

“Number two, it’s expropriation of people’s possessions and property," she said, adding, “generally speaking, it’s a terrible tax.  It’s inefficient. That’s why most… countries that implemented it in the 90’s have taken it off the books.  Sweden, for example, put it in place and saw enormous amounts of people and capital flee the country to get away from it and that’s sort of the expectation.”

“France had 42,000 millionaires leave between 2000 and 2014," said Republican New York City Council Member Joe Borelli.  "They lost Gerard Depardieu of all people, someone who is quintessentially French.”

“That woke them up,” joked Peek.

Lastly, Peek said the bottom line is that the idea is impractical.  “It’s absolutely hideous to administer because a lot of wealthy people own private partnerships, they own private equity assets… it’s a full-employment act for accountants and lawyers because – as we know from the inheritance tax – those things can be extremely hard to measure.”

Mitchell accepted Peek's argument, but insisted the Americans should consider new ways to address wealth inequality. “This notion of taxing wealth as opposed to income and thinking of inequality in America in terms of wealth… to me, it is very important.  I don’t know if this policy as it is presented now gets us there.”

To watch all of "Deep Dive," visit Fox Nation and join today.