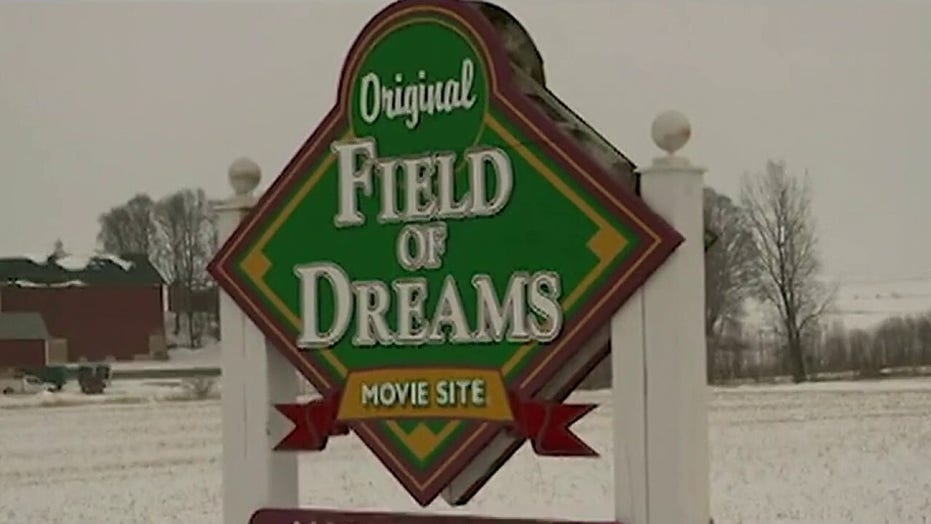 With one day until the Iowa Caucuses, Ed Henry tours the famous 'Field of Dreams' in Dyersville, Iowa.

With one day until the Iowa caucuses, “America’s Newsroom” anchor Ed Henry took a tour of Dyersville, Iowa’s “Field of Dreams,” the site of a temporary 8,000-seat ballpark that is being built to host a game in 2020, saying on Fox News on Sunday that the stadium is expected to seat double the population of the city.

"If you build it, he will come," the ghost of "Shoeless Joe Jackson" told Kevin Costner's character, Ray Kinsella, in the classic 1989 baseball movie "Field of Dreams."

In August, Major League Baseball (MLB) announced the New York Yankees will play the Chicago White Sox in the first-ever Major League game at the stadium.

Located in the cornfields of Dyersville, a city of about 4,000 people, the temporary ballpark will host the game on Aug. 13. It will be the first MLB game to be played in Iowa.

“The ‘Field of Dreams’ has been a very consistent and really kind of a surprising draw over the years. It brings a lot of people to town that would never normally stop here,” Dyersville Mayor Jim Heavens said.

“It’s history in the making. This is going to be a spectacle for everyone around the country to enjoy and they are going to see a lot of corn around that diamond,” Roman Weinberg, Director of Operations for the field, said, adding, “It’s doing wonders for the state and revitalizing the film.”

“We look forward to celebrating the movie’s enduring message of how baseball brings people together at this special cornfield in Iowa,” Commissioner Rob Manfred said in August.

On Friday MLB tweeted a picture and wrote, “We've got progress in Iowa! The first set of lights have gone up at the Field of Dreams site!”

This won't be the first time that Major League Baseball has built a temporary stadium for just one game. In 2016, a 12,500-seat stadium was erected at Fort Bragg in North Carolina to give military members and their families a once-in-a-lifetime experience.