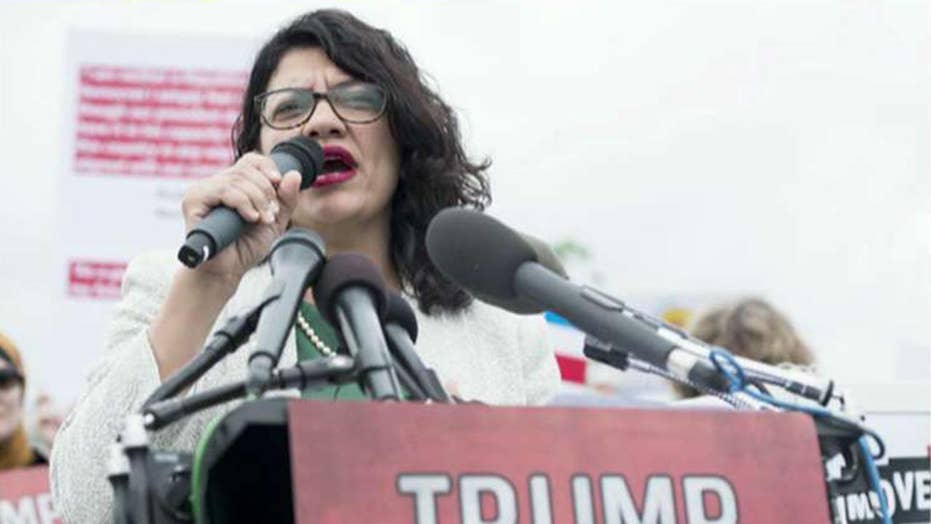 Former Democratic National Committee chairwoman Donna Brazile called the ongoing dispute between members of "the Squad" and the Israeli government "really sad" Friday while discussing the Jewish state's decision to block the congresswomen from visiting the country.

"I think this entire conversation is really sad, sad for several reasons," Brazile said on "The Story with Martha MacCallum"

Israeli officials decided to prevent U.S. Reps. Rashida Tlaib, D-Mich., and Ilhan Omar, D-Minn., from entering the country as part of a planned visit amid concerns about their support for the Boycott, Divest, Sanction (BDS) movement.

Earlier Friday, Tlaib abruptly canceled plans to visit family in the West Bank after the Israeli government granted permission for the trip, saying "oppressive conditions meant to humiliate me would break my grandmother's heart."

Brazile said that Israel, the congresswomen and President Trump all made a mistake.

"It's a mistake to target members of Congress because of their views or their viewpoints," she said. "I think it was a mistake initially for the president to even tweet that they should not be allowed to go to Israel. I have faith in Israel's ability to listen to two members of the United States Congress. So I think it's been a huge mistake."

Brazile told MacCallum that she hopes both sides can move on to something "more healing."

"I hope we can end the tweets tonight and get back to something that is more healing and more relevant to all of us," Brazile said.