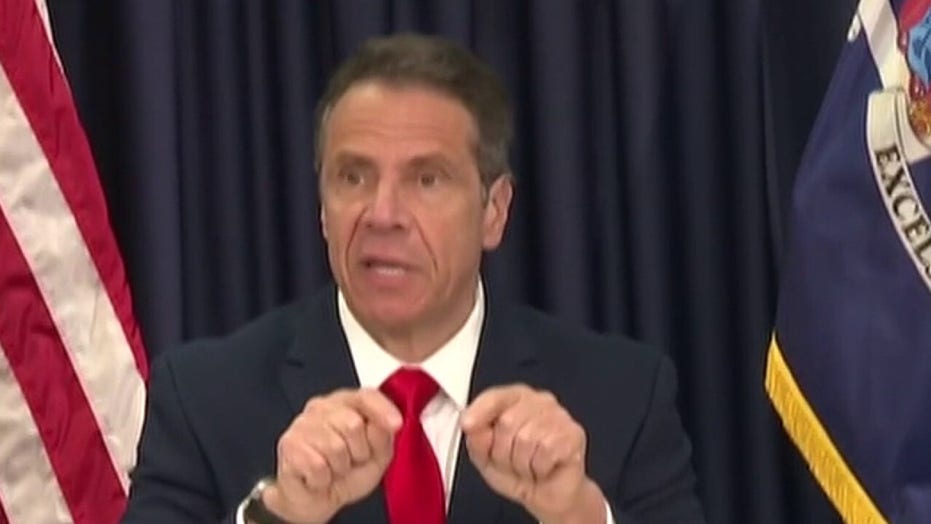 Why is Governor Cuomo still sending 'most at-risk' to NY nursing homes?

'Sending people to nursing homes was a death sentence,' says Miranda Devine discussing why elderly patients with coronavirus were transferred into nursing homes

In an interview on "Fox & Friends" with host Ainsley Earhardt, Devine said that COVID-19 patients were transferred back into nursing home facilities because of an order from Cuomo in late March.

"And, it's obscene really that he's not admitting that now. He is still sending them back there and he's acting as if there was no choice. Of course, there was a choice," she remarked, noting that President Trump sent a Navy ship to New York City to assist and the Javits Center was converted into a care facility.

"The nursing homes were begging for them not to be sent back, these COVID positive patients from hospitals and it was just impossible for them. They were short-staffed. How could they quarantine these elderly, frail people?" she asked.

New York Gov. Andrew Cuomo speaks during a news conference alongside the National Guard at the Jacob Javits Center that will house a temporary hospital in response to the COVID-19 outbreak, Monday, March 23, 2020, in New York. New York City hospitals are just 10 days from running out of "really basic supplies," Mayor Bill de Blasio said late Sunday. De Blasio has called upon the federal government to boost the city's quickly dwindling supply of protective equipment. The city also faces a potentially deadly dearth of ventilators to treat those infected by the coronavirus. (AP Photo/John Minchillo)

Devine said it was well known since the start of the pandemic that elderly people would be most at-risk, making nursing nomes "the most vulnerable" spots.

"And, the fact is that...New York's death toll, one-quarter of it is from people in nursing homes -- 5,000. It's as if they were expendable. And, to send the people back to those nursing homes was basically a death sentence for everyone in them," she stated, questioning why Cuomo has not reversed course.

"He is still doing it and this is what is so reprehensible. It's one thing to make a mistake in the heat of the moment. It's another to dig your heels in while people are still dying," Devine continued. "I mean, in this last week, we have added another 1,700 that hadn't been counted before to the death toll in nursing homes. So, just stop it. Admit you did wrong and fix it." 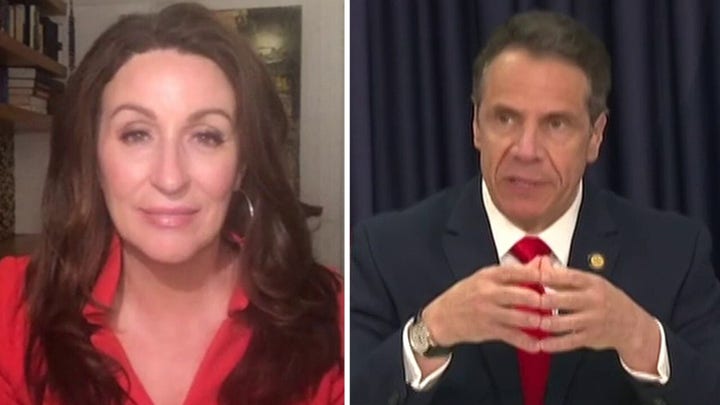 According to the Associated Press, New York State reported more than 1,700 previously undisclosed deaths at nursing homes and adult care facilities in a tally released Monday that included for the first time people believed to have been killed by the coronavirus before their diagnoses could be confirmed.

At least 4,813 people have died from COVID-19 in the state’s nursing homes since March 1, according to the new totals. That's more than five times as many coronavirus deaths reported in all of Washington state.

Senate Republicans argued Wednesday that Cuomo's coronavirus policy “imported the virus into places that house New York’s most vulnerable." Cuomo spokesperson Rich Azzopardi called the Senate GOP's remarks “a sick and sad attempt to politicize this pandemic using a policy that is consistent with the current Republican federal administration.”

Devine said nursing home owners and whistleblowers are speaking out, but are being "threatened" with losing their license.

"It's all very well for him to go on television with his brother and yuck it up and strut his stuff as, you know, New York's most eligible bachelor and so on. He has presided over a mess in nursing homes," Devine concluded.

In March, New York State officials told nursing-home operators that they would be required to accept patients infected with the novel coronavirus who were discharged from hospitals but are still recovering and in need of care. Not only did the directive strain the state's health care system, it also put virus-free patients in New York's nursing homes in jeopardy.