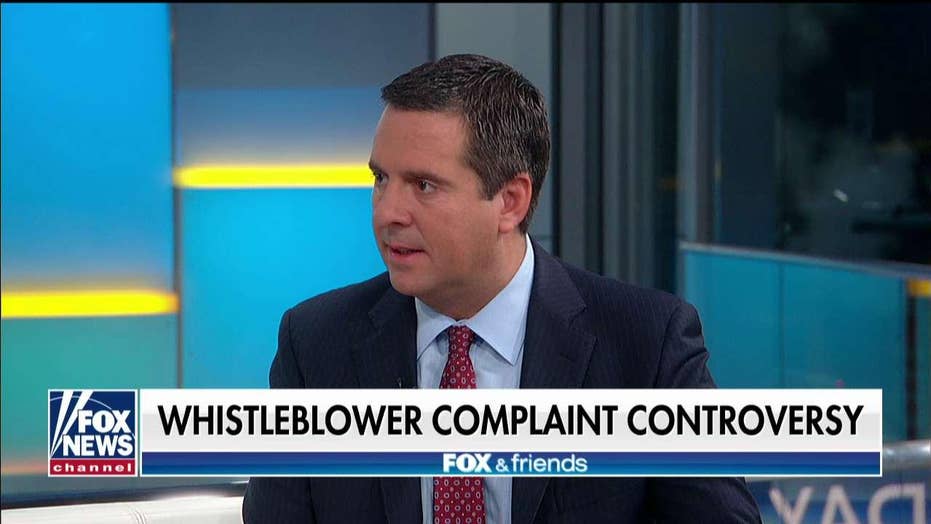 Devin Nunes on Ukraine whistleblower controversy: 'Doesn't it feel like Russia hoax all over again?'

Responding on "Fox & Friends," Nunes argued that the left is accusing Trump of abusing his office, but Biden is accused of the same thing.

"The very thing they're accusing President Trump of doing, Biden did and admitted that he did," said Nunes, decrying that the whistleblower's secrets are "spilling out" to various media outlets.

Utah Sen. Mitt Romney, who has recently said he may decline to support President Trump’s reelection bid, tweeted on Sunday that it would be ‘troubling in the extreme’ if the president appealed to his Ukrainian counterpart to investigate Biden and his son, Hunter. 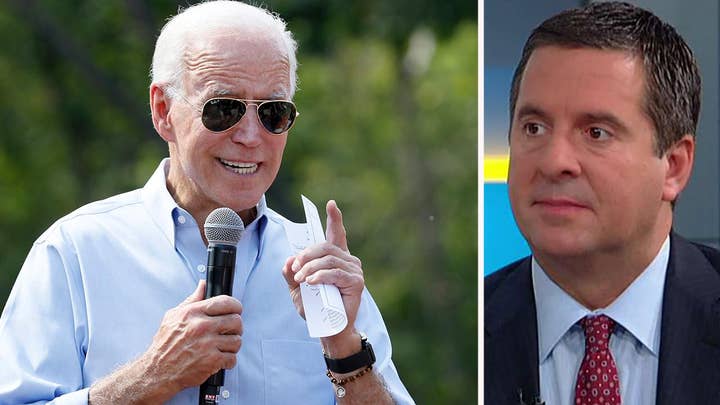 In a tweet on Sunday, Romney said it was "critical for the facts to come out.” Trump called his conversations with President Volodymyr Zelenskiy “perfectly fine and routine."

Biden has said in the past that the U.S. would withhold $1 billion in loan guarantees from Ukraine if the prosecutor was not fired, but it remains unclear if this was directly tied to Hunter Biden’s case, as other countries reportedly wanted the prosecutor out as well.

Nunes said the details from the whistleblower complaint still have not been confirmed to Congress. He said the inspector general for the intelligence community met with lawmakers last week, but did not reveal anything.

Nunes said the committee is scheduled to meet soon with the acting director of national intelligence, where he hopes more information will be shared. He claimed the story is playing out in a similar way to the Russia collusion accusations.

"Doesn't it feel like the Russia hoax all over again? It's like the Ukrainian hoax," he said.