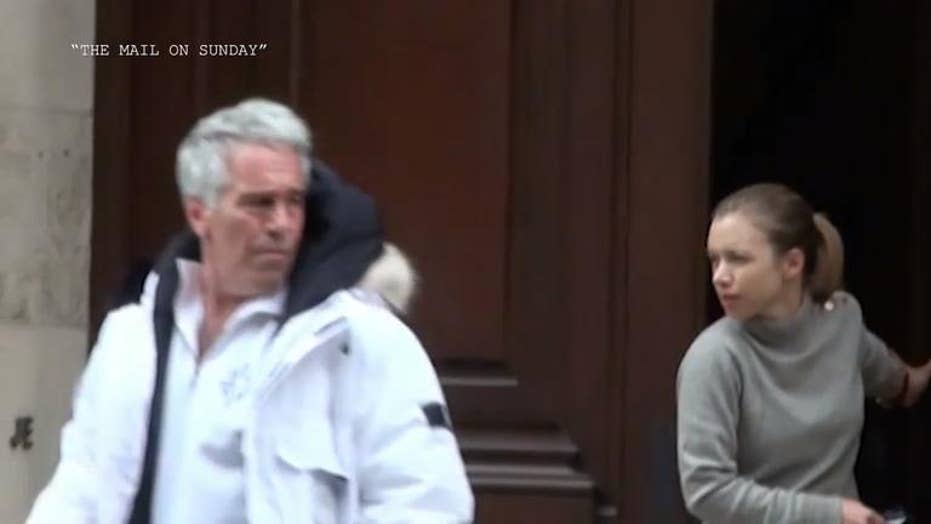 Detective Mark Fuhrman: Epstein's crimes may have gone deeper than we thought&nbsp;

In Fox Nation's popular documentary 'The Fuhram Diaries', Former LAPD Detective Mark Fuhrman dives deep into the controversial life and death of billionaire Jeffrey Epstein, offering many unknown facts about the financier's personal life and his high profile death that left a slew of unanswered questions.

Beginning with Epstein's early life, Furhman takes viewers through Epstein's upbringing, his rocky educational path, and his early career -- painting a picture of scandal and conspiracy that haunted the convicted sex offender and followed him to his death.

Epstein, a college drop-out, began his career as a math teacher at the esteemed Dalton Preparatory School, explained Fuhrman. After connecting with a prominent parent of one of his students, Epstein was offered a job on Wall Street and quickly rose through the ranks, becoming a partner at the well-known investment banking firm Bear Stearns.

Epstein's sudden rise to the top was seemingly suspicious, according to Fuhrman, and he questioned whether Epstein was promoted because he was "procuring sexual dates" for the financial world.

"I'm going to call it bull**** on this," said Fuhrman. It's too much -- it's over the top. You look at these positions on Wall Street, they're coveted, they recruit from the best schools to get into these places, and here he was...a limited partner of the firm," he explained.

"My question is, was his sexual activity going on there," Fuhrman continued. "Did it start there? Was that his hook? Because there is no evidence that he was some kind of brilliant financial genius...and I believe his sexual crimes go all the way back to the '70s," he said.

Epstein was found unresponsive in his cell at the Metropolitan Correctional Center on August 10th, as he awaited trial on federal sex trafficking charges involving underage girls. He had been placed on suicide watch weeks earlier, on July 23, after he was found on the floor of his cell with bruises around his neck. Following weeks of wild conspiracy theories fueled by a report detailing broken bones in Epstein's neck which some believed was consistent with murder, Epstein's death was ruled a suicide.

According to Fuhrman, Epstein intended to commit suicide all along, and it was his skill as a "chief manipulator and narcissist" that persuaded authorities to remove him from the suicide watch list.

Two days before he was found dead, Epstein reportedly redrafted his will, leaving most of his fortune to his brother. On the evening of August 10,  Epstein noticed the guards outside his cell had fallen asleep, explained Fuhrman, giving him the opening he was waiting for. Hours later, guards found the unresponsive 66-year-old and administered life-saving efforts before transferring him to a local hospital where he was pronounced dead.

To see Fuhrman uncover more of the questions surrounding Epstein's mysterious life, including the involvement of his high profile friends and staff members, join Fox Nation and watch the latest episode of  "The Fuhrman Diaries" today.