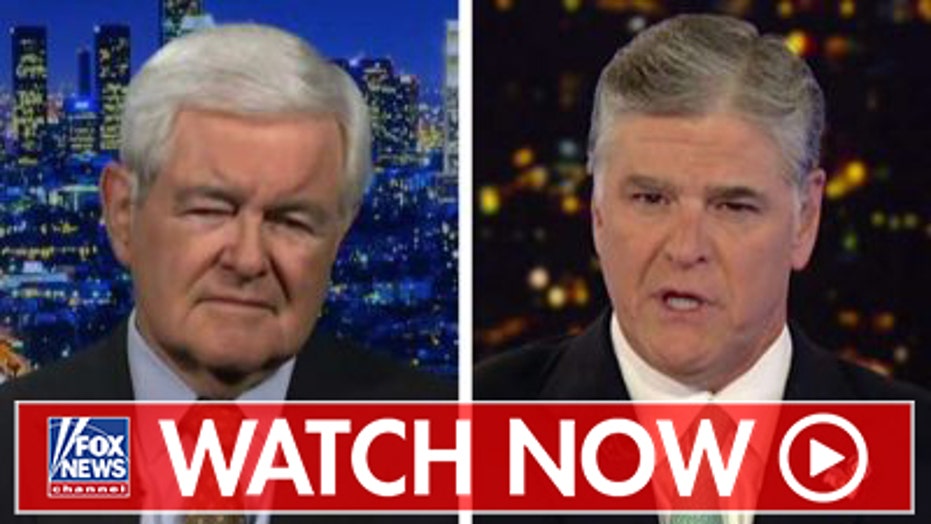 Former House Speaker Newt Gingrich said Monday that Democrats are pursuing impeachment because they are essentially "sore losers" who have not gotten over President Trump's 2016 victory.

The impeachment push is not based in fact but more in ideology, Gingrich claimed Monday on "Hannity."

"This is a sore loser impeachment -- it has nothing to do with facts," he said. 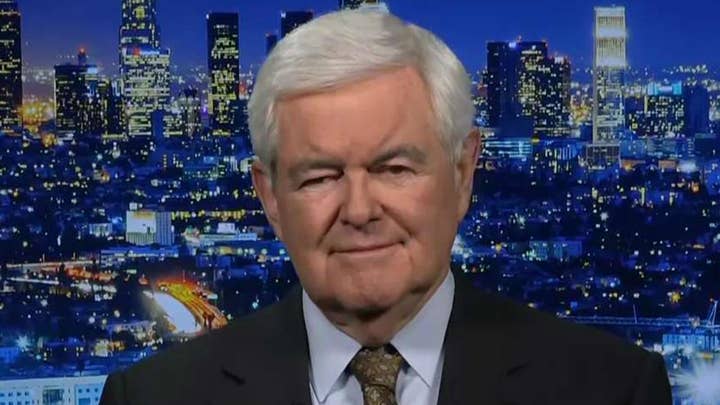 "It has nothing to do with actions. About 70 percent of the people who favor impeachment favored it the day after the election. And, Schiff and Pelosi represent the first time in American history we've had sore losers who decided they would try to unlock the election by simply making stuff up."

In addition, Gingrich claimed House Intelligence Committee Chairman Adam Schiff, D-Calif., has spread false information about the president in the three years since he was inaugurated.

"It is a stunning comment on how bad this whole system is," he said.

He projected Republicans will take back control of the House of Representatives in the 2020 elections, adding current Minority Leader Kevin McCarthy, R-Calif., would then be likely to be the lawmaker elected Speaker.

"I think that Pelosi, in trying to pay off the left, is going to beat 30 or 40 Democrats," he said, pointing to Rep. Collin Peterson, D-Minn., as an example of a Democrat in a Trump-friendly district whose vote on impeachment he will watch closely ahead of 2020.

He also cast doubt on whether Pelosi will work in earnest with McCarthy on the impeachment inquiry, as he had in 1998 when his Republican caucus controlled the House during former President Bill Clinton's impeachment proceedings.

"If they come up with a piece of junk on Thursday... then it is a joke. It will be of no value and every Democrat who votes for it, I think, will face a real risk back home," Gingrich said of House Speaker Nancy Pelosi's, D-Calif., who planned vote on the parameters of the Trump impeachment inquiry.