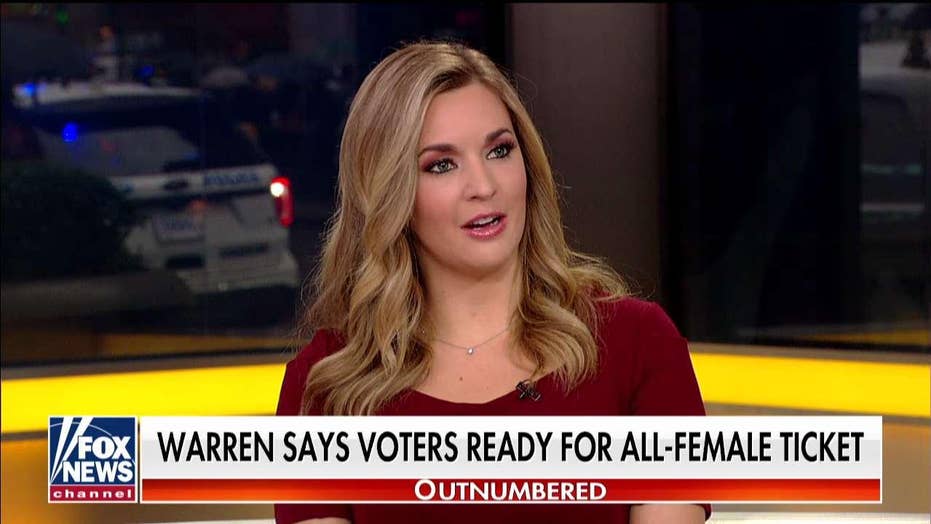 Katie Pavlich said on "Outnumbered" Tuesday that Democrats should be "careful about playing the gender card" in next year's election after frontrunner Joe Biden included Sen. Elizabeth Warren, D-Mass., on his list of potential running mates.

"I'd add Senator Warren to the list," Biden said in a recent interview with Axios. "But, she's going to be very angry I haven't said that."

Warren responded, telling the Associated Press she would consider Biden for vice president, but she is ready for an all-female ticket.

Pavlich said if Democrats really wanted a woman president, they would have turned out in sufficient numbers to put Hillary Clinton over the top in 2016. 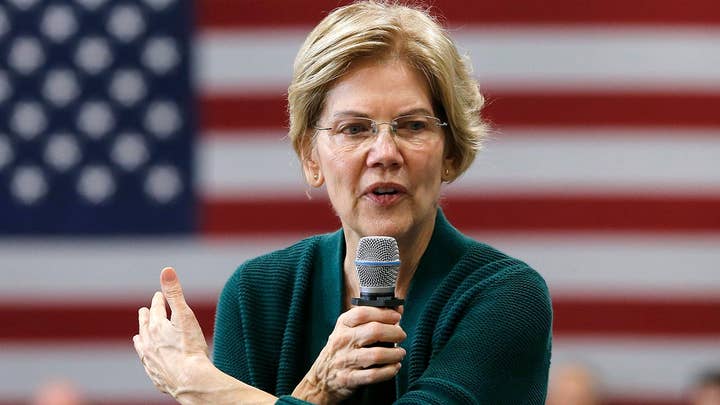 "But, a lot of them didn't come out to vote for her," she noted. "It's clear by who is winning the race right now -- Joe Biden at number one, Bernie Sanders at number two -- a female president isn't exactly on their top list of priorities."

"And, you know, it's a little bit condescending to tell someone who is in the race against you that, 'Oh sure, you can be my VP' once you win. I think it's a little bit early for that discussion ahead of the primaries."

"I think, if anything, he was being kind," Fox News Democratic contributor Leslie Marshall replied, adding that Biden knows it's a "50-state race."

"I don't know where they're going to go, but I think Barack Obama probably plays the biggest role in brokering how this all plays out," said One Lucky Guy and former Congressman Jason Chaffetz.

"I just hope Joe Biden can remember Elizabeth Warren's name. Because he couldn't with those other four women he was considering for the second slot," said Fox Business host Lisa "Kennedy" Montgomery. "Stacey Abrams -- that's her name."