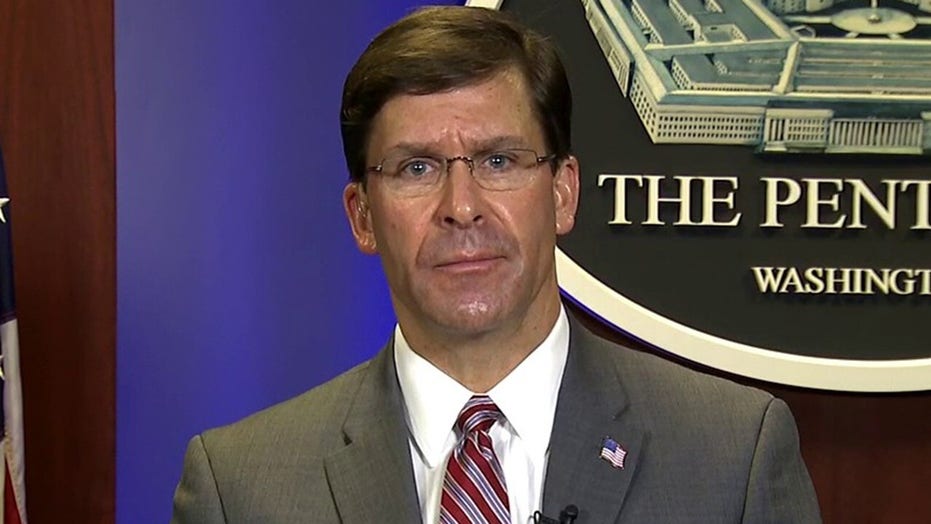 Defense Secretary Esper on military's role in fight against coronavirus

Secretary of Defense Mark Esper joins 'Fox &amp; Friends' to discuss the DOD's role in helping Americans and says it's 'absurd' for China to blame the U.S. military for the spread of COVID-19.

While China is blaming the United States for starting the coronavirus outbreak, Defense Secretary Mark Esper said Friday that the U.S. military is ready to help combat the virus and said that he previously offered to help the Chinese government do the same.

Esper told “Fox & Friends" that if the Chinese government had been “more transparent” since late fall and into December, every nation would have been able to team up to contain it “in China where it began to prevent its propagation around the world.” He said the accusation of U.S. military involvement in spreading the virus in China is "absurd."

CHINA RECASTS ITSELF AS GLOBAL CORONAVIRUS RESPONSE LEADER AS US, EUROPE STRUGGLE

Meanwhile, Chinese health officials said Thursday local time that the epicenter of the coronavirus and its surrounding province -- Wuhan and Hubei, respectively -- have not reported any new cases but recorded eight more deaths in the same area.

In addition, ties with the United States remain strained over bitter name-calling and harsh accusations. The rift came to a head this week when Beijing expelled several American journalists and President Trump began labeling the pandemic the "Chinese virus" or "Wuhan virus." 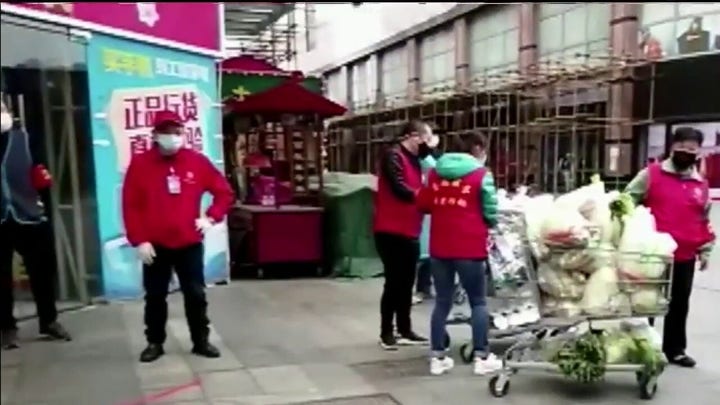 Esper said that despite China’s claims, he called the Chinese Defense Minister to offer U.S. assistance to help them understand the coronavirus research, supplies, and science.

“To have somebody like that from the Chinese government come out and make a statement like that is completely ridiculous and it’s irresponsible and it doesn’t get us where we need to be," Esper said. "At this point, we all need to be working together, we need to be very transparent, we need to be sharing information on vaccines, and therapeutics and do everything we can to get this virus under control quickly and get back to normal.”

In addition to U.S. military support in China, Esper said that he spoke to “many governors” to deploy the military’s hospital ship “Comfort” and that he spoke to New York Governor Andrew Cuomo about offering the Army Corps. of Engineers.

Esper went on to say, “What we plan on doing is working closely with them as they identify sites such as college dorms or hotels --the Army Corps of engineers will go on in, contract, renovate and then turn them over to the state.

“This is all about freeing up bed space for either a patient who is identified as having coronavirus or on the backend recovering from coronavirus,” he added.