The media love to blame everyone but themselves: Gowdy

Fox News host Trey Gowdy tore into the country's deteriorating trust in the media during his weekend show, 'Sunday Night in America.'

"Sunday Night in America" host Trey Gowdy credited the media for managing to unite the country against them in a deeply polarizing political environment, citing a Gallup poll that found that 85% of the country has lost faith in print and television media.

TREY GOWDY: I want to congratulate the media, they have managed to do that which seemed impossible. A pandemic could not do it, natural disasters can't do it, war can no longer do it. But the media has done it. In a country rife with vision torn asunder with political fights, the media has brought about a glimmer of unity. The media has united the country in believing that the media is untrustworthy, unfair, and biased.

Disdain and distrust for the media cross geographical and generational and ideological boundaries. In other words, having no confidence in the fairness of media may be the single most unifying thing we have going for us. And when everyone thinks you are wrong, that should be cause for self-reflection, but not for the media. They don’t blame themselves, they blame you and the internet and lack of diversity, except of course, a lack of political diversity. The public does not trust media and believe that media is fair, because the media is not fair. It's not complicated. The media doesn't speak truth to power, the media tries to influence whose in power. The media isn't a societal referee, it's an active participant in the contest.

A country and a culture cannot survive without fairness. We need… an impartial, neutral detached judge… Americans know fairness is a virtue. And we salute the humility of those who can call the game without trying to influence the game. 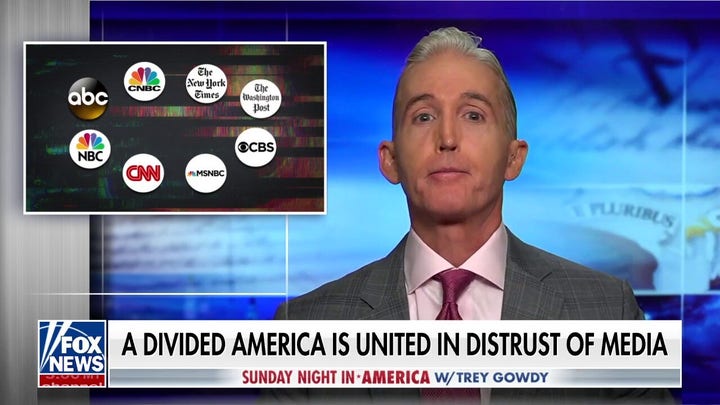