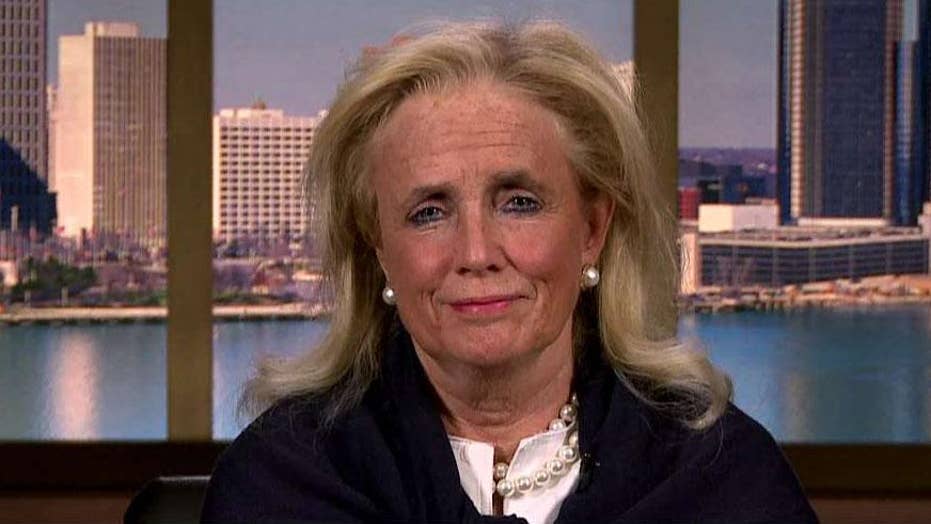 Rep. Debbie Dingell says she was very disappointed by the Democratic debate in Detroit

The Democratic presidential candidates spent too much time jabbing their opponents and not enough time on issues affecting urban areas and the heartland, says Michigan Congresswoman Debbie Dingell, co-chair of the Democratic Policy and Communications Committee.

Rep. Debbie Dingle, D-Mich., expressed her disappointment with the way 2020 Democrats handled major economic and urban issues at the second round of Democratic primary debates.

"I was very disappointed when they left Detroit," the Michigan congresswoman said while appearing on "Cavuto Live" on Saturday. She said that the debate focused too much on "one-line practiced jabs" rather than issues that affected cities and the heartland.

Trade, in particular, was missing from the debates, Dingel argued. Dingel, who predicted President Trump had a shot at winning in 2016, said she backed his tough talk on China and thought the trade issue helped him win the White House.

"Some of the things he's doing are tools in the box to try to help American workers play on a level playing field," she said.

While Dingle shared Trump's concerns about NAFTA, she also wasn't satisfied with the president's new trade deal with Mexico. "I'm hopeful that we're going to keep talking and we can get there," she said.

Democrats, on Tuesday and Wednesday, spent a good amount of time discussing health care but not in a helpful way, according to Dingel. She told Fox News host Neil Cavuto that the 2020 field created more confusion around the issue and "got more people worried" about the issue.

Trump won the swing-state of Michigan in 2016 and, according to Dingel, could win the state again in 2020. "I think that this state could go either way ... if we don't talk about issues that working men and women care about, and go home every night and worry about -- like trade," she said, Democrats could face another 2016.