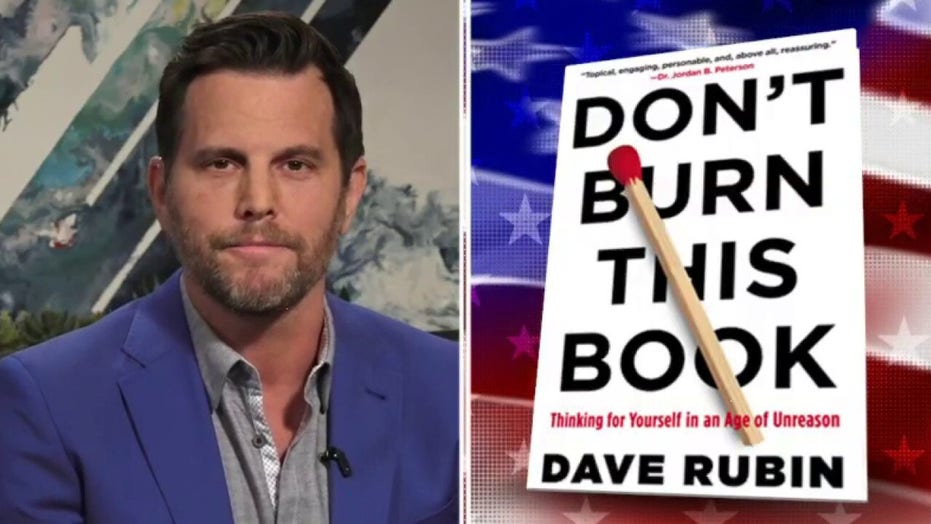 Dave Rubin on Big Tech censorship: We are entering a dystopian, authoritarian future

With Americans trapped at home, Big Tech has got us more than ever, says Dave Rubin, author of 'Don't Burn This Book.

Media Angle offers perspectives on today's media landscape from the newsmakers themselves.

Political pundit Dave Rubin’s first book, “Don’t Burn This Book: Thinking for Yourself in an Age of Unreason,” is billed as a “call to action for people who feel targeted by the Progressive Woke Machine.”

The progressive comedian-turned-free-speech advocate’s book hit stores this week, promising to “enrage Social Justice Warriors, enthrall free thinkers, and remind us why America is still the greatest country in the world.”

“The Rubin Report” YouTube channel has more than 1.1 million subscribers, and over 718,000 people follow him on Twitter -- but that doesn’t stop Rubin from speaking out against big tech.

Speaking to Fox News' Media Angle, Rubin discussed his new book, hypocrisy in the mainstream media and whether or not news networks should air President Trump’s coronavirus task force briefings.

MEDIA ANGLE: Why shouldn’t we burn your new book?

Dave Rubin: Well, if you’re afraid of thinking for yourself and afraid of opinions that may contradict yours, then you may want to consider burning this book. However, I think we’re entering a really unique time, because of coronavirus, that people are re-thinking the way they want to look at the world. People are saying, ‘Oh, maybe there are some opinions out there that run counter to what I think, but might have some value,’ and I think that we’re in a really interesting time for some time-tested ideas to come forward. So, the irony of titling the book, “Don’t Burn This Book,” is that mostly what I’m laying out in this book are classically liberal principals that are just common sense.

I’m really just talking about common-sense principals that I think free people… yet, we live in a time that if you tell people that you want everyone in a society to be treated equally, and have the same exact rights… in many cases you’ll be labeled a racist, a bigot, a homophobe. So there will be some people that want to burn this book and that’s alright because those are the people I want to get to more than anyone else.

MA: What can readers expect from the chapter titled “Learn How to Spot Fake News?”

Rubin: When people think of fake news, they usually think of it two ways. They think it’s a completely fabricated story, that’s sort of the easiest way of thinking about fake news. Then, I think the other way that people think about fake news is when the title of an article has almost nothing to do with the substance, or sometimes even contradicts the substance of the article. Those are the two easy ones.

But the type of fake news that I think is the most interesting is one that we’re really seeing right now, related to the presidential election and related to coronavirus. That is a type of fake news when the media refuses to talk about stories that are counter to their narrative. For example, we have these allegations by Tara Reade, who is a former Joe Biden staffer, and there is a clip going around YouTube and Twitter from over 25 years ago when Tara Reade’s mother, this has since been confirmed by Tara Reade, calls into the Larry King show on CNN and talks about her daughter who has [had issues with] a sitting senator. This story has been catching on fire online… but the mainstream media had completely ignored it. Finally, in the last few days, they’re starting to touch it because, what happens is, it really catches fire online and then they can’t [ignore] it anymore.

The reason why that’s a type of fake news is because ignoring something just because it goes against your narrative is, in essence, fake news. You’re not giving people true information. The other part of this, of course, is that we know the reason why they didn’t really run with this story is because Biden is a Democrat. He’s their guy. He’s the guy of The New York Times, CNN… the counter, obviously is that all Brett Kavanaugh had against him were allegations as well, and we know there were literally thousands of stories, and cover articles, in pretty much every publication. When things go against the narrative and the media tries to hide it, that is a type of fake news. When they outwardly lie about a story, that’s one thing, but when they hide a story from you, now it’s on you to figure out what the story is in the first place. 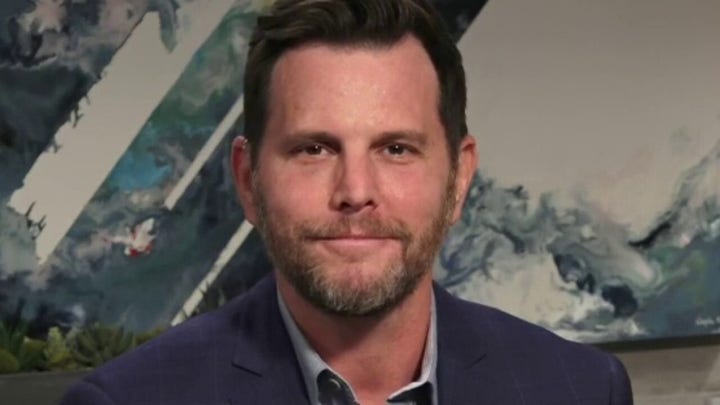 MA: Do conservatives have similar issues with media hypocrisy and fake news, or do you feel it's a bipartisan issue?

Rubin: There is nobody that’s totally innocent here and I even mean that on the micro level. All of us. When we see a story that fits our narrative perfectly, we can all get very worked up about it. We all share it and it’s proof that we’re right, and the other side is so wrong. And then when we see a story that doesn’t really fit our narrative, or doesn’t quite go along with our worldview, maybe we don’t tweet about it, maybe we’re a little quieter about it or we don’t talk about it. I would say this is not a totally partisan thing; this is sort of a human nature thing. We like stories that fit our narratives better. However, I would say that the mainstream media is mostly left-leaning. The mainstream media mostly paints things as ‘Republicans bad, Democrats good.’ In that case, this is more of a partisan thing.

The best example of that is the absolute double standard. If you’re on the right and you have allegations against you, you’re presumed guilty. We were told that #MeToo meant believe all women. Now, the same people who said ‘believe all women’ are literally saying ‘don’t believe all women,’ because now it’s going against their guy. 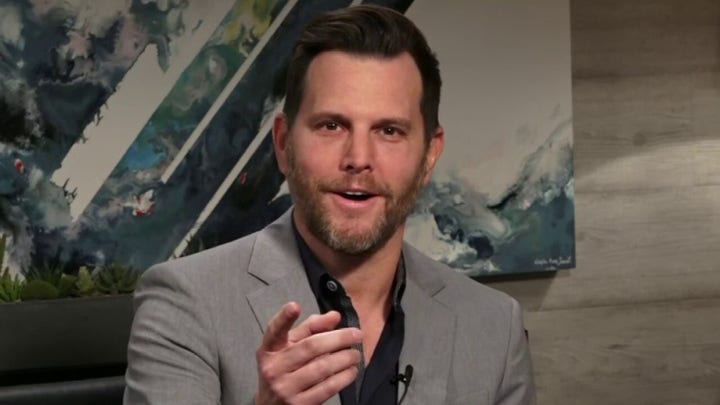 MA: You’ve been a critic of big tech cracking down on content it doesn’t agree with and recently appeared on "Tucker Carlson Tonight” to discuss YouTube removing a video of two California doctors questioning the threat level of the coronavirus. Do you think companies like YouTube are using the coronavirus pandemic to limit free speech?

As far as the video specifically, I’m not a doctor. I’m not here to say whether it was true or false, but the idea that we’re sort of outsourcing all of our true and false to YouTube or Twitter or Facebook is deeply dangerous… We’ve tasked YouTube and Facebook with doing something impossible, which is telling us what the truth is all the time. It’s simply not possible.

MA: What do you think about calls from the left for networks to stop airing President Trump’s coronavirus task force briefings?

Rubin: It’s crazy that they’re calling for it but it’s really consistent with everything else that they put out there. They want people to be deplatformed if you don’t agree with whatever the leftist, woke thought of the day is. It’s sort of hilarious and shows the hypocrisy. One of hand, CNN stopped showing the briefings and then, on the other hand, they’ll complain that Trump isn’t calling on their quote-un-quote journalists anymore. So, what my preference would be, let’s air these things and let the people decide if they want to watch them. The better job of a journalist, or a network that is supposed to do news, is not to decide whether or not to show the president, it’s to scrutinize him and question him fairly.