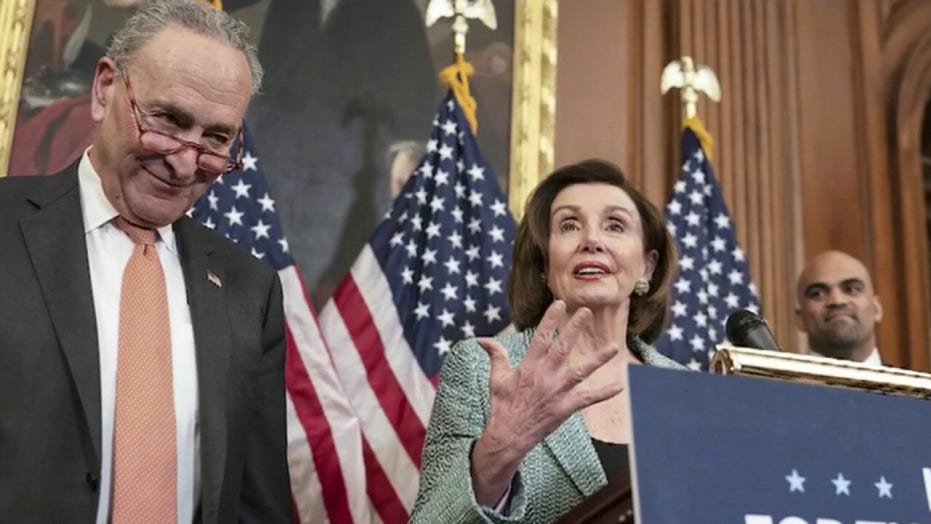 "The Five" hosts reacted Tuesday to the latest developments in the coronavirus pandemic after House Democrats released an emergency response proposal that includes $35 million meant for the John F. Kennedy Center for the Performing Arts in Washington D.C.

"[House Speaker] Nancy Pelosi saw an opportunity to walk all over [Senate Minority Leader] Chuck Schumer...and say 'We are going to push a lot of these unrelated pork projects into the bill, because no one is going to question us on it because it's an emergency,'" guest host Katie Pavlich said.

"It's a good thing Republicans were paying attention because $35 million to the Kennedy Center is an affront to taxpayers everywhere," Pavlich went on. "Americans are losing their jobs and they want to take hard-earned money from them and give it to the Kennedy Center when they could be doing private fundraisers."

"Every time they want to fight against the president, they end up with egg on their face."

Host Dana Perino said the proposed funding is "the new bridge to nowhere," referring to the proposed Gravina Island Bridge in Alaska. Federal funding for the bridge, which would have linked sparsely populated Gravina Island to the city of Ketchikan, was derided by critics in the mid-2000s as an example of congressional earmarks run amok.

"Why are we doing this? I'm all for the arts but this is not the time or the place," Perino went on. "If Nancy Pelosi thinks that this wasn't something she wanted in there, then she has to police her troops a little bit better because they look really bad."

SEN KRAMER: PELOSI STIMULUS WILL IS A 'DISNEY WORLD WISHLIST'

Perino added, "Every time they [Democrats] want to fight against the president, they end up with egg on their face."

After Senate Democrats prevented debate on a bipartisan-drafted emergency response bill Monday, House Democrats offered their own legislation, which included the Kenedy Center funding. Republicans have accused Democrats of using the crisis as leverage to try and jam through a political "wish list" of unrelated items dealing with climate change and more. 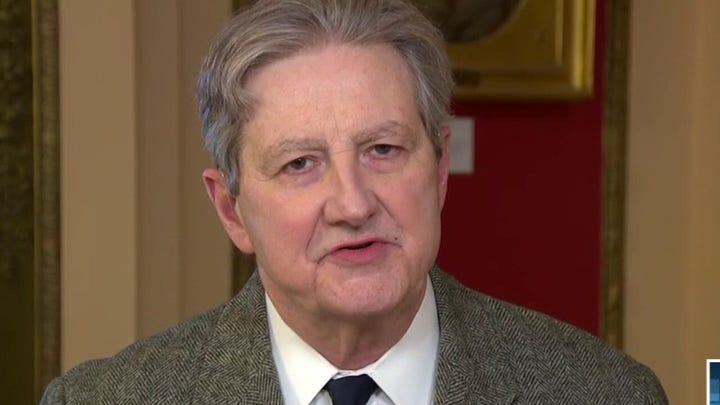 "Look, we are all making sacrifices," Greg Gutfeld said. "But what's depressing is the very same people are up to the very same tricks even when times are urgent and ugly. Like, I get it ... when you do the normal budget, sneak all the stuff in that you can to get reelected  -- but that's not this time."

Host Juan Williams defended Pelosi, and said her last-minute derailment of the Republican legislation was "about protecting America's workers."

"I think the sticking point has been that there was money being [sent to] corporations, the big corporations, to make sure they didn't go under, but that the Democrats want transparency and accountability for that money," he explained.

"They didn't want those big corporations to simply get locked into buybacks and executive pay raises," he explained. "They want to make sure those companies are protecting and keeping workers during this time."