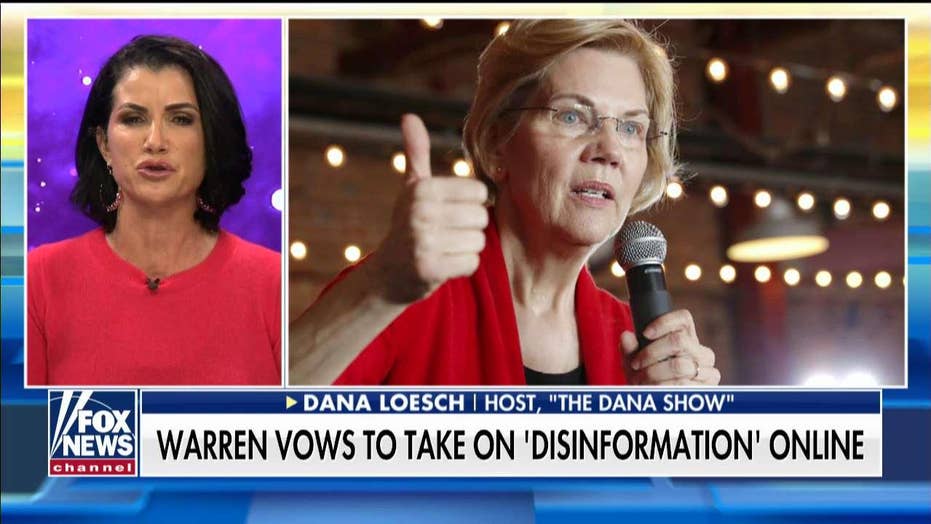 Dana Loesch responds to Sen. Elizabeth Warren's vow to take on 'disinformation' online: 'You're going to arrest them over memes?'

Sen. Elizabeth Warren's, D-Mass, vow to place criminal and civil penalties on those who are deemed to be guilty of spreading disinformation online is symbolic of where the Democratic Party is as a whole right now, "The Dana Show" host Dana Loesch said Thursday.

Warren announced on her campaign website plans to crack down on "digital disinformation" by working with social media companies to address false posts, having them label certain content, ban accounts trying to interfere with elections and alert users who have interacted with content determined to be disinformation, among other things. She would also lead a charge to criminalize the mere spreading of false information about the process of voting in U.S. elections.

"I will push for new laws that impose tough civil and criminal penalties for knowingly disseminating this kind of information, which has the explicit purpose of undermining the basic right to vote," she says on her campaign website. Warren's plan says this criminally punishable false information would be "about when and how to vote" in elections.

Warren's plan would also bring back the cybersecurity coordinator at the National Security Council and establish federal information sharing rules to protect privacy.

"I know she had said a lot about Facebook and I know she and other Democrats are infuriated at Mark Zuckerberg because, while there are definitely things to criticize Facebook about in terms of choices that they make on information and content, this area of refusing to bend a knee to their demands and not allowing any kind of political advertising on Facebook — this isn't one of them," Loesch remarked. "And, that's what she's really angry about." 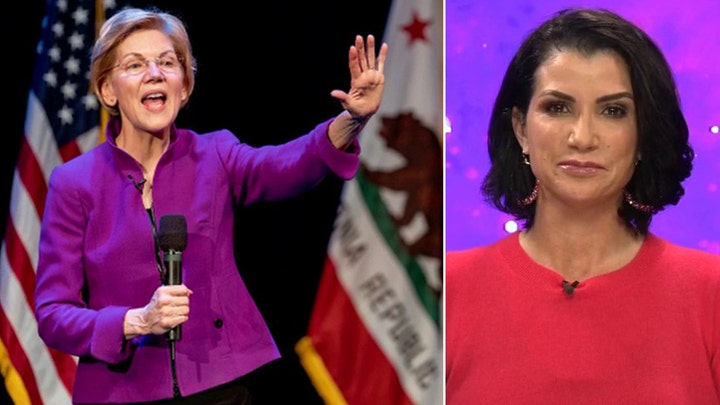 "And you go on social media and then you see somebody, some crazy anonymous person ranting in caps lock on Facebook and you decide 'Oh, you know. This person's really persuasive; I'm going to change my mind,'" she remarked. "That never happens."

"But, what she talks about when she mentions these civil and criminal penalties..." Loesch continued, "Are we seriously going to start arresting someone because you don't like what they're posting online? You don't like their content? You're going to arrest them over memes?"

"And then, one other quick point: who's going to be the arbiter of this? Who gets to determine what's true and what's false because what if someone supports abortion and they don't like, Brian, one of your posts about March for Life?" she asked host Brian Kilmeade.

"So this whole thing is so biased and it's dangerous. And so, I can't believe she's actually not facing a lot more criticism over this, but I think this is where the Democrat Party is," Loesch concluded.