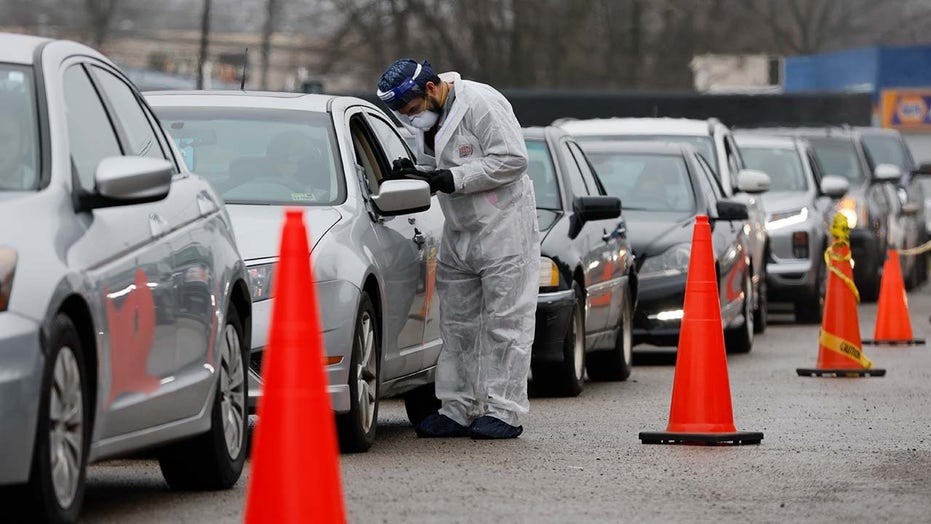 On today's episode, Matt Schlapp is 'Outnumbered' as the White House comes under pressure with Americans waiting too long to get tested for COVID.

After attempting to dunk on the "Let’s Go Brandon" fans, disgraced CBS anchor Dan Rather faced a dunking of his own.

Late Wednesday night, Rather tweeted out his take on the popular "Let’s Go Brandon" phrase that has been used as a rebuff against President Biden.

"#LetsGoBrandonReallyMeans ‘You can’t handle the truth," Rather wrote.

The quote came as a form of irony for some Twitter users as Rather previously stepped down from his position as a CBS anchor after airing a story that contained allegedly forged documents to question President Bush's service in the National Guard. Several people called out his take based on Rather’s own relationship with "the truth."

A protestor holds a 'Let's Go Brandon!' sign in Grand Park at a ‘March for Freedom’ rally demonstrating against the L.A. City Council’s COVID-19 vaccine mandate for city employees and contractors on November 8, 2021 in Los Angeles, California. The City Council has set a deadline of December 18 for all city employees and contractors to be vaccinated except for those who have religious or medical exemptions. (Photo by Mario Tama/Getty Images) (Mario Tama/Getty Images)

Right-wing commentator John Cardillo tweeted, "Dan, Remember when you and your producer fabricated memos to derail Bush 43’s presidency, but you were caught, fired, and shamed off air? Remember that truth?"

Although Rather was heavily criticized for his 2004 report, he has continued to be seen as a valued media influencer by some members of the press. In 2020, the University of Texas announced a series of journalism awards for its communications school named after Rather himself.

"Dan Rather is not only a legend -- he’s the namesake of new awards honoring his career and the work of today’s journalists," Moody College of Communication Dean Jay Bernhardt tweeted.

"Let’s Go Brandon" emerged after a reporter claimed that crowds of NASCAR fans shouting "F--- Joe Biden" were actually shouting "Let’s Go Brandon" in favor of driver Brandon Brown. It has since been used as a euphemism for Biden's critics as well as the media who ignore complaints against the president.