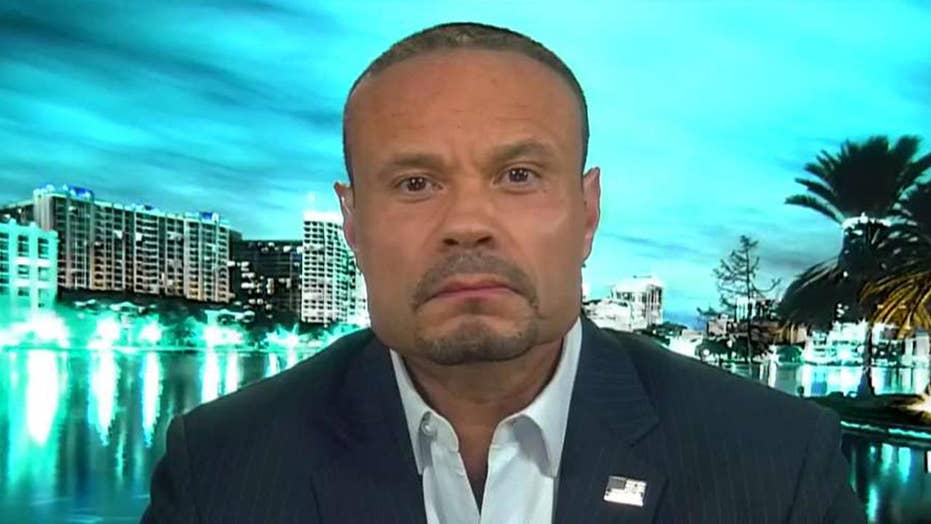 Secret Service agent-turned-conservative pundit Dan Bongino filed a $15 million defamation lawsuit against The Daily Beast on Tuesday for acting with “actual malice and reckless disregard for the truth” by reporting he was dropped by NRATV.

“I have been in an ongoing battle for a long time now with fake news media people that just report blatantly false things about me. It gets old, folks, really old. It’s been personally exhausting,” Bongino said Tuesday on his podcast.

Bongino, a Fox News contributor, explained that a December 2018 report by Daily Beast reporter Lachlan Markay said he was “dropped” by NRATV, which is a “euphemism for being fired,” but the conservative pundit says the story was false.

“The author of the story texted me that he had heard from sources the opposite -- the opposite was the true story -- that I did not renew my contract," Bongino said. "I was offered to stay, I was not dropped. I did not return by choice, I left… that story was false."

The Daily Beast and Markay did not immediately respond to requests for comment.

“There is only one way to make these people pay and that… we have to use the legal system and do it the right way,” Bongino said. “This is really disgusting… They picked on the wrong guy. I’m not going to allow you to defame my character.”

The complaint, obtained by Fox News, was filed in the Southern District of Florida. The complaint calls the Beast a “digital assassin owned and controlled by billionaire Clinton-devotees, Barry Diller and Diane von Furstenberg.”

The complaint says the Beast “falsely” stated that Bongino was fired by NRA TV despite the news organization having proof of the contrary. The document includes a text message from Markay in which he said to Bongino, “Heard you didn’t renew with NRATV?”

“As evidenced by his texts, Markay knew that NRA TV had not ‘dropped’ Plaintiff," according to the complaint.

"Markay knew the truth -- that Plaintiff had simply decided not to renew his contract,” the complaint says. “Rather, than report the truth as told to Markay by his source, Daily Beast deliberately misrepresented that NRATV fired Plaintiff and terminated his show.”

The complaint also says that The Daily Beast “promotes its left-wing ideology and agendas via its website and social media” and has “long-standing animus and ill-will” toward Bongino. The complaint indicates that the report in question was widely shared on social media.

“Daily Beast’s false and defamatory statements were not published in good faith, the falsity was not due to an honest mistake of the facts, and there were no reasonable grounds for believing that the statements about Plaintiff were true," according to the complaint. "In spite of Plaintiff’s request for a retraction and apology, Daily Beast refuses to make and issue a full and fair correction, apology, or retraction."

"Daily Beast’s false and defamatory statements caused Plaintiff to suffer and incur both presumed and actual damages, including loss and injury to his business, insult, pain, embarrassment, humiliation, mental suffering, harm to Plaintiff’s name and reputation, out-of-pocket loss and other actual damages," the complaint states.