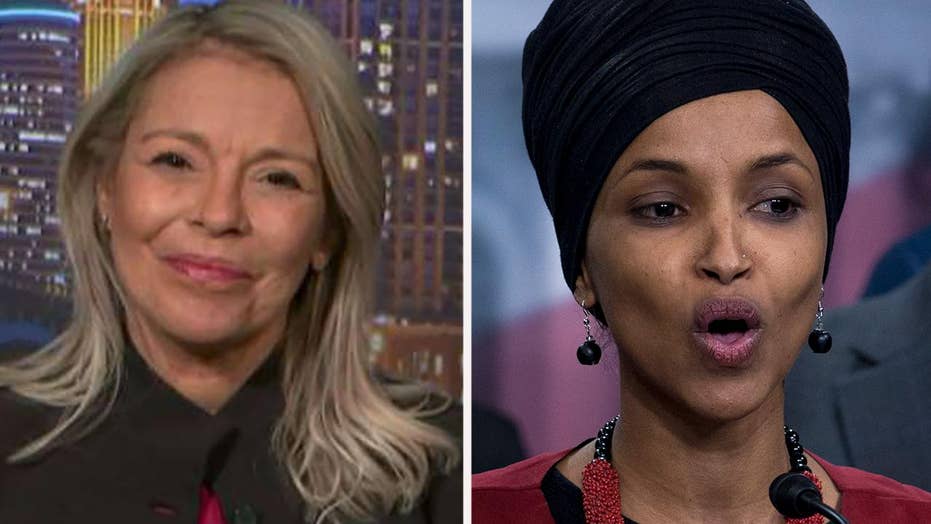 Dalia al-Aqidi tells 'Fox &amp; Friends' that she's running for Congress because Rep. Ilhan Omar is doing 'irreparable harm' to the country with her 'hatred and racism.'

Media Angle is a column offering perspectives on today's media landscape from the newsmakers themselves.

Rep. Ilhan Omar, D-Minn, has become a household name as a member of the so-called Democratic "Squad" that was elected to Congress in 2018. The Somali-born member of the House has quickly become a prominent voice of the progressive left often at the center of controversy, from her war of words with President Trump to allegations of engaging in anti-Semitic rhetoric.

Dalia al-Aqidi is hoping to defeat Omar and turn her seat red in November.

Growing up in Iraq under the rule of dictator Saddam Hussein, al-Aqidi said she felt like a "hostage" without the freedom to express herself, as the Iraqi regime controlled the media and forbade any criticism of the government.

"Freedom was a forbidden word. Freedom was a word that we dreamt of and that we yearned for," al-Aqidi told the Conservative Political Action Conference (CPAC) audience in late February.

In 1988, al-Aqidi and her family fled Iraq and arrived in the United States as refugees, and she later became an American citizen. She emerged as a broadcast journalist to audiences in the Middle East to push back against "poisonous" regional outlets like Al Jazeera.

As a Muslim immigrant and an outspoken supporter of President Trump, al-Aqidi vows to give back to the country she loves so much by running for Congress and seeking to help flip Minnesota's 5th District seat in the House of Representatives back to Republicans. She competes in her primary race on April 5.

Speaking to Fox News' Media Angle at CPAC, al-Aqidi took a shot at CNN, talked about how her background as a journalist helps her on the campaign trail, and how she thinks the media can restore trust with the American people.

MEDIA ANGLE: How does your journalism background carry over into your political run?

Dalia al-Aqidi: Well, it helps me with my campaign because I get people to talk naturally and that's who I am. That's why I've been doing journalism for 31 years. And nationally, when I sit with anybody, even if I don't sit next to someone and there is a wall, I will get the wall to talk. So these skills help a lot for me, in a very short period of time in the district, to get to know so many people and so many residents... I could talk to them, I could feel what their problems are because that's what I've been doing for the past 30 years.

MA: If you could sit down with Ilhan Omar as a reporter and not as an opponent, what would you ask her?

al-Aqidi: Oh, my God. I'm not even interested anymore because I've asked for an interview right after she got elected and my producers never had an answer.

MA: So she wouldn't even talk to you?

al-Aqidi: No, no. And I reached out on Twitter to her saying, "I know who is grooming you," and I was shadowbanned on Twitter. And then I decided, "You know what? I don't want to interview her anymore. I'm going to her district to talk to her people." And I kept coming after that to do my research, until I fell in love with Minneapolis, and that's why I decided to move.

MA: You mention that you were 'shadowbanned' on Twitter -- can you explain?

al-Aqidi: He--[al-Aqidi campaign communications director] David Reaboi--discovered it. I was doing my things on Twitter, posting things and then I got a text from David saying "Dalia, where have you been?" And I was like, "What? I've been on Twitter." So apparently, with my phone and with my friends, with David, we tried to reach out to find me, to search for my name, I was nowhere to be found for a few days... I asked Twitter--no answer. And then I got an email from Twitter saying "Oh, it was an error. We fixed it." ... What was it, a "glitch" or an "error?"

David Reaboi: Yeah, you weren't able to auto-complete. So you would look for Dalia at the time, it was a different username @Dalia30 and nothing would come up.

al-Aqidi: So you find all the Dalias on this planet except me.

al-Aqidi: You would not know unless you read Fox, or you watch Fox News, or you read the right publications. Other than this, you would never know. 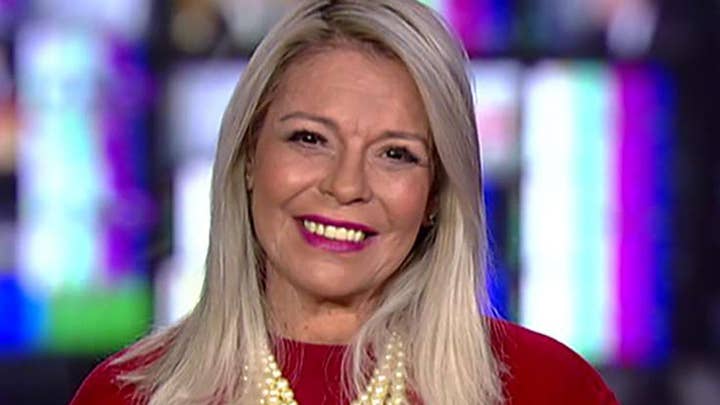 MA: Is there any media outlet that has offended you the most with the way they cover Ilhan Omar?

al-Aqidi: CNN, definitely. CNN is No.1... When it comes to Ilhan Omar, Al Jazeera is No. 1-- Al Jazeera Arabic and English, because the way they interview her, it's disgusting and it's sickening to every journalist on this planet. CNN as well. But a couple of months ago when Iraqi protestors, when the peaceful protestors were protesting in the middle of Baghdad, and when the Shia militias attacked the U.S. embassy, CNN and other mainstream media kept insisting that these are the peaceful protestors, giving a very big chance for the Shia militias and giving them legitimacy... I myself emailed all the mainstream media, especially CNN, and they just never corrected it. So many things like this have been happening.

MA: Can you speak more broadly to the current state of the mainstream media and whether you think Republicans have been treated fairly?

MA: How do you think you've been treated by the media?

al-Aqidi: If we're talking about the mainstream media, I don't think I've seen my name anywhere. I've been mentioned a couple of times because of the race, but nobody ever came out or tried to reach out... We all know that mainstream media couldn't care less about us, and we all know that it's their fight as well, and that's what they think they're doing. And that's why people like us will never be talked about in the mainstream media outlets. But they keep painting that beautiful picture of Ilhan Omar, Rashida Tlaib, Sanders and all the far-left.

MA: There is distrust for the media among many Americans. As a journalist, what is something you think the media can do to restore the trust it once had?